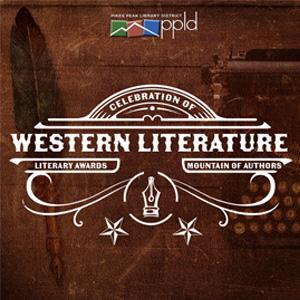 Pikes Peak Library District (PPLD) and the Friends of PPLD have teamed up to host the Celebration of Western Literature, a special day of events with internationally recognized and best-selling authors on Sat., June 18. The day starts off with the Friends of PPLD’s Literary Awards luncheon and then PPLD follows with its annual Mountain of Authors program.

The Library will host its 16th annual Mountain of Authors program on Sat., June 18, featuring keynote speaker Craig Johnson, author of the Longmire book series. Doors open at 3 p.m. for attendees to visit Showcase Author tables, featuring local authors from the Pikes Peak region who will have their books available for purchase. Johnson will discuss his new book, Daughter of the Morning Star, starting at 4 p.m., followed by a Q&A session and book signing. The event takes place in the venue of Library 21c (1175 Chapel Hills Dr.).

Craig Johnson is The New York Times bestselling author of the Walt Longmire mystery novels, which are the basis for Longmire, the hit Netflix original drama. The books have won multiple awards, including Publishers Weekly’s Best Book of the Year and Library Journal's Best Mystery of the Year. Spirit of Steamboat was selected by the Wyoming State Library as the inaugural One Book Wyoming.

The Friends of PPLD will recognize best-selling author Jim Fergus as the 2022 recipient of their annual Frank Waters Award and local author John Anderson with the 2022 Golden Quill award during this year’s Literary Awards luncheon. The event will take place Sat., June 18 at 11:30 a.m. inside the DoubleTree by Hilton (1775 E. Cheyenne Mountain Blvd.), with Fergus serving as the keynote speaker.

Jim Fergus is a graduate of Colorado College and his first novel, One Thousand White Women: The Journals of May Dodd, was published in 1998. It won the 1999 Fiction of the Year Award from the Mountains & Plains Booksellers Association and has since sold more than 700,000 copies across the U.S. Other published work by Fergus includes his second novel, The Wild Girl: The Notebooks of Ned Giles; a sequel to his first novel, The Vengeance of Mothers; a collection of outdoor articles and essays, The Sporting Road; and his most recent novel, Strongheart, released in 2021.

Tickets cost $45 for Friends members and $50 for all others; a table of eight can be purchased for $360. Reservations can be made online at bit.ly/FriendsAwards2022 or by phone at (719) 531-6333, x1461. In addition to books for sale, the authors will be available for autographs. All event proceeds benefit the Friends of PPLD, which supports the Library District’s services, resources and spaces.