Out of this World Reads 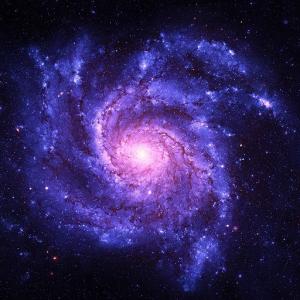 Celebrate our 2019 Summer Adventure theme, A Universe of Stories, with these stellar offerings about outer space. Scroll down for picture books to share together, chapter books for independent readers, and nonfiction titles to satisfy curious minds. Click on the link below for booklist.

May is National Photography Month 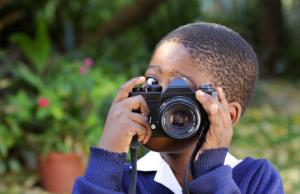 Enjoy these titles with photo illustrations! Compare them. This will help your child see the world in many different ways:close up and far away; in nature and in the home; of people, animals or things. For fun, have your child create a story from photos that you take together. Click on the link below to see booklist.

April: Month of the Military Child 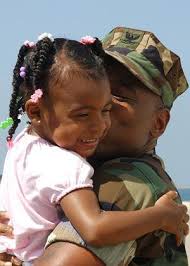 April is the Month of the Military Child. Here are some picture books that relate to Bravery, Separation and Deployment for children. Click on the link below: 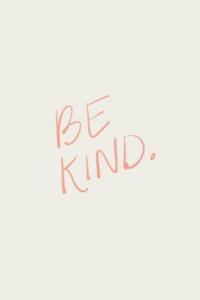 February is “Random Acts of Kindness” month. Click the link below to see great reading suggestions. 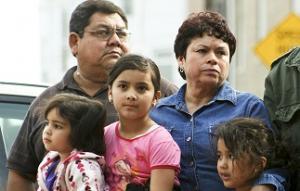 One of the great benefits of reading is that it allows us to learn about the lives of people who are different from us. Enjoy some of the delightfully unique books in this list with your children to expose them to the diverse people, cultures and customs that make up our country and our wonderful world. Click on the pdf link below to see great books for kids: 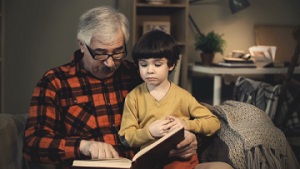 It’s already nearing the end of the 2018…a year filled with fun picture books! Just in case you’ve missed them, here is a list of a few books you can find at the library. Snuggle up and share them with someone you love! Click on the link below to see the booklist: 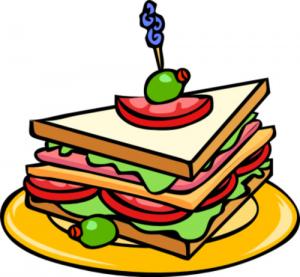 Grab a few of these delicious picture books and create a healthy snack or meal that you can all enjoy! (Find cookbooks in J 641.5). Click link below to see booklist. 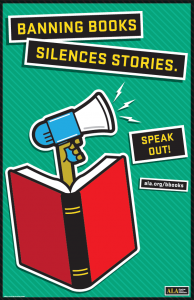 Just as every person is unique…every book has a unique story to tell. You may like it – or you may not… but in America, the author is free to tell his or her story for all to enjoy. Our public library proudly includes them in the collection. We invite you to read these picture books with your child, and encourage you to have a discussion. You may be surprised to discover some old favorites…and may actually make some new “book friends”.
Here is a list of Banned and Challenged Picture Books. Some are non-fiction, while others are on the picture book shelves. Ask your friendly librarian for help. Click link below for list: 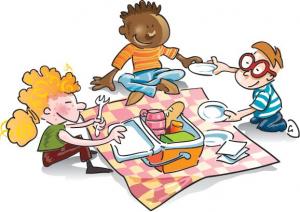 August is National Picnic Month… with Watermelon Day (August 3) and Ice Cream Sandwich Day (August 2) thrown in for fun! Though you may already be back in school, find a little time to enjoy the warm summer days with a picnic outside and some of these favorite stories. Click link below for our reading list:

Here is a list of a few illustrators who use watercolors, (in red). Find the book by looking under the author in the JEasy section of the library, or by asking your friendly librarian. Look closely at the pictures and see if they look transparent or opaque. Don’t forget to pull out your own watercolors, and give watercolor painting a try! Click on the pdf link below to see the list of books:

June is "The Great Outdoors" Month! 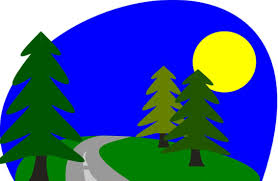 June is “The Great Outdoors” Month! Oceans and lakes, sea creatures and mermaids! Stop at the library for a great book…but make sure to keep it out of the water! Click on pdf below for reading list.

May is National Bike Month! 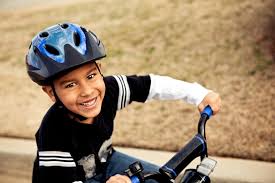 “Zipping on wheels…Off you go! Flying fast and spinning slow.
Riding a bike on a sunny day…your worries and cares just fade away!”
May is “National Bike Month”!!! After taking a spin around the neighborhood on your bike, choose one of these picture books to relax with! See link below for reading list.

May is National Bike Month.pdf
Comments: 0
Add a new comment 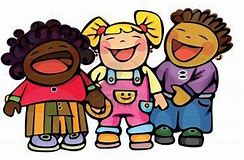 April is National Humor Month!
“Knock, Knock! Who’s there? Boo. Boo who? Why are you crying?”
It is said that “Laughter is the best Medicine”. Sometimes there is no better way to connect kids with books, than to find one that tickles the funny bone! Here is a list of humorous picture books. Click on link below! 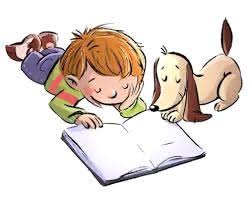 Practice reading aloud and improve fluency by sharing a story with one of our loveable Paws-to-Read therapy dogs. Click on the link below for a great reading list. Here are times and library locations for PPLD Paws to Read programs:

Olympic Time is Time to Move! 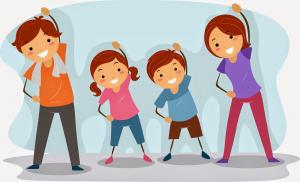 The Winter Olympics will take place in Pyeong Chang, South Korea this month! Don't just watch it on TV. Take this time to move with your child! You may not really be able to ice skate or compete in luge, but you can use your imagination! Athletes need to have good balance. Practice walking on a line. If the weather is nice...pretend to LUGE down the slide at the park. Indoors, wear slippery socks and slide around on the smooth floor like you are FIGURE SKATING. Or make a modified CURLING course...using a ball or toy truck and a broom, and land on a bulls-eye on the floor. Don't let your kids have all the fun! They want to judge your spins and turns on the ice rink as well! Here are some books to help your athletes "warm up". Click on link:

Aru Shah and the End of Time, by Roshani Chokshi
Release: March 2018
Percy Jackson fans rejoice! There’s a new hero in town and a new mythology to explore in Aru Shah and the End of Time. Aru Shah’s tendency to stretch the truth has landed her in some hot water after she lights a cursed lamp and sets things in motion that will be difficult to undo. Chokshi’s new series is part of a new imprint of titles handpicked by Rick Riordan himself.
See Also: The Serpent’s Secret, by Sayantani DasGupta (Release February 2018)

Legends of the Lost Causes, by Brad McLelland
Release: February 2018
After Bad Whiskey burns down his home, Keech finds himself on the path of finding the Char Stone, a legendary stone of massive power. Can he and a band of orphans outlast against undead outlaws, and find the stone?

The Last Grand Adventure, by Rebecca Behrens
Release: February 2018
A journey to find her grandmother’s sister, might just make Bea’s summer a lot more bearable. But any epic road trip is bound to have some bumps along the way.

The Ambrose Deception, by Emily Ecton
Release: February 2018
Three students are chosen to participate in the scavenger hunt of a lifetime. Winning could mean a scholarship that would make a lot of things better. When the three start the hunt they find themselves running around Chicago, chasing down leads, but the scavenger hunt may have more in store for the three than a simple scholarship.
See Also: Spin the Golden Lightbulb, by Jackie Yeager (Release: January 2018)

Winterhouse, by Ben Guterson
Release: January 2018
When orphan Elizabeth Somers is sent to the Winterhouse Hotel, she finds a lot of things charming, like the library. But as she continues to live at Winterhouse she stumbles upon secrets and she starts to think that maybe she’s connected to the house and it’s family in a way she can’t really explain.

National Hispanic Heritage Month runs from September 15 to October 15, here are some great J-Fiction and Nonfiction for you to read. All six of these books can be found in our collection!


Esperanza travels with her mother to the United States in the middle of the Great Depression, seeking opportunity after the death of her father. Not used to the hard labor of farming, Esperanza has to discover what it means to her herself in this new environment.


The Epic Fail of Arturo Zamora, by Pablo Cartaya


Summer in Miami has never been so different for Arturo Zamora. A new girl in the apartment complex has captured his heart and he’s putting in some hard work at his family’s Cuban-American restaurant. When a land developer comes to town and threaten Abuela’s restaurant, Arturo Zamora is ready to fight for his family and community.


Unusual Chickens for the Exceptional Poultry Farmer, by Kelly Jones


When Sophie Brown and her family leave Los Angeles for her Uncle Jim’s Farm, she’s tasked with taking care of some unusual chickens. As a means to adjust, Sophie begins to write letters to her Uncle Jim and dear Abuelita about what it means to be a poultry farmer, and to be one of the few hispanic people in town.


The Midnight War of Mateo Martinez, by Robin Yardi


When two raccoons steal his sister’s tricycle, fourth grader Mateo is left to blame. In a quest to retrieve the trike from the thieving raccoon’s, Mateo discovers that they can talk! Can Mateo get the tricycle back and clear his good name, or with the talking raccoons have the last laugh?


José Guadalupe Posada was the brilliant mind behind the festive skeletons that would become known as Calaveras. This book covers his history and how he came to create the dancing skeletons that have become synonymous with Dia De Los Muertos. 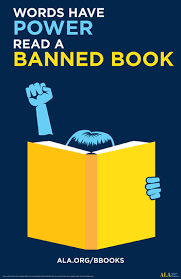 September 24 - 30 is Banned Book Week! Pick up a children's book that someone has tried to ban. In other words, the complaint was meant to rid the library of that particular title...forever! Go to http://www.ala.org/advocacy/bbooks/frequentlychallengedbooks/childrensbooks for a list of banned books and get reading!