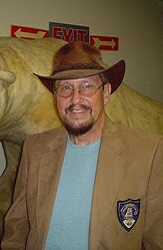 Dr. Williscroft is a retired submariner, diver, scientist, businessman, adventurer, author. He spent 22 months underwater, a year in the equatorial Pacific, three years in the Arctic, a year at the Geographic South Pole. He has appeared on dozens of talk shows, the Michael Medved show, CNBC, and FOX News. He lives in Centennial, Colorado, with his family.