Last updated September 1, 2019
Since the 70's PPLD has had 310 challenges to books, magazines, movies, and other media. Many of these you may no longer find in our Catalog but we assure you, it was not because they were challenged. Over the years, as media has shifted more to digital platforms, we simply cannot carry everything! 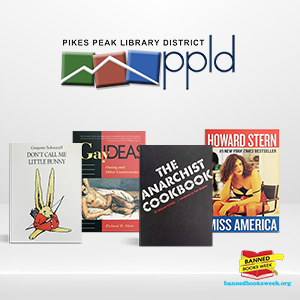 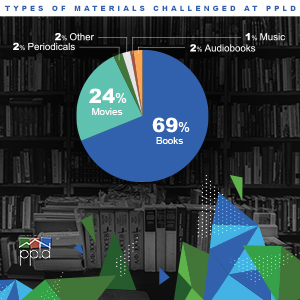 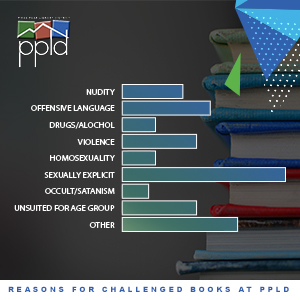 Pikes Peak Library District (PPLD) believes in freedom of information for all and does not practice censorship. The selection of library materials is predicated on the patron's right to read and freedom from censorship by others. Library materials may be controversial and any given item may offend some person. Selections for the Library are made solely on the merits of the material, in relation to the development of a collection that serves the needs and interests of a diverse population.