Book Review: The Odd 1s Out: How to Be Cool and Other Things I Definitely Learned from Growing Up 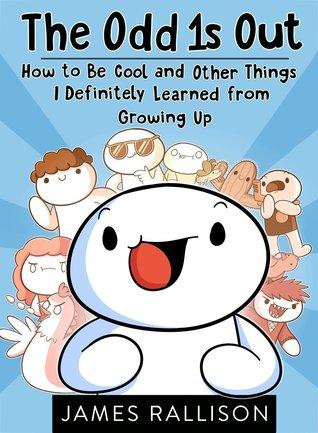 Title of Book
The Odd 1s Out: How to Be Cool and Other Things I Definitely Learned from Growi…
Author
Rallison, James
Rating
4 stars = Really Good
Review

Diving straight in, this book isn't a single story. It is actually a collection of stories from James' childhood that are about, of course, "How to be cool and other things that I definitely learned growing up." As to not give too many spoilers, I will only give the premise of one of my favorite stories in the book, Harry the Moth. Harry is a White Lined Sphinx Moth that was hanging out on their porchlight when the door opened, and he was drawn into their house. James and his twin sister Faith find him hanging out on the windowsill, put him in a jar, and they decide to keep him as a pet. Back when James thought his mom had good ideas, he listened to her suggestion that he should take Harry to his kindergarten class so he could be the class pet there. The teacher realized that having a class pet with a lifespan shorter than a year would be a bad idea, so she decided to release him a recess so they all could learn about nature. This was also back when he thought his teacher had good ideas, so they released the moth, and he had a great life left. 10 seconds. Those moths were probably supposed to only come out at night, so it flying around in an open space during the day gave the birds a free excuse to eat it. I guess this story is to show how James learned not to think that his mom and teacher had good ideas and never to release moths during the day. All the stories have little bits of funny wit and irony that make it a good read.

I liked this book because it gave me even more comics and stories from the Youtuber and Cartoonist, James Rallison. The only thing that I didn't like about this book was that it wasn't longer! Every single story in there is so good that when you finish, you just want more. I chose this book because, as I said before, I had seen James' YouTube videos and I wanted to read more of his stories from his childhood. This book wasn't predictable as it didn't have one story to follow so it meant that it took lots of twists and turns that were interesting to read. Based on all of this, I think this is one of the best books that I have read this year and would recommend it to anyone.