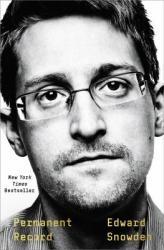 Permanent Record is the memoir of Edward Snowden life. Snowden was the man who exposed and leaked how the US government used mass surveillance on enemies but also US citizens. Snowden knew so much of this system as he
was a former employee of the CIA. I choose this book because it's nonfiction and about an important event that happened recently. I also chose Permeant Record because I love reading about politics and government. This book
definitely surprised me because of Snowden's reasoning and motivation of why he did what he did. I liked Permanent Record because the readers get a first person perspective of the events that unfolded. Although I liked the book, I
disliked how Snowden's actions endangered the lives of several American spies, and other government officials.