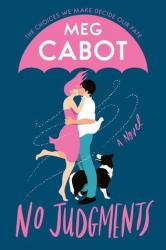 First, before I go any further with this review, if you are ordered to evacuate, for goodness sake, EVACUATE. Doing anything else is putting not just your life at risk, but those of the emergency responders as well. It’s just not ok.

Alrighty then, I’m going to hop off my soapbox.

After the death of her father, an assault, and a bad breakup, Bree has decided to flee New York in search of warmer, more gentle climes…and people. As a current resident of Little Bridge Island (a small key in FL), she’s not excited when the first hurricane she experiences is a Category 5. She decides to stick it out in Little Bridge with her employers, the Hartwells and their hot-if-unavailable playboy son, Drew. No Judgements follows Bree’s exploits before, during and after the hurricane.

Meg Cabot’s books are always hit-or-miss for me, and unfortunately, this one was the latter. There were a few things that were approached in a completely inappropriate way. For example, our heroine deciding not to leave Little Bridge even though literally everyone she knows is begging her to evacuate, she has no experience with hurricanes, and she lives in an apartment that’s only eight feet above sea level. There’s also some insane gun usage later in the book, and a grown adult solves an issue with his fists and is lionized for it. No no no no no. The book, being a romantic comedy, has some fun romantic moments, but a lot of the comedy felt, again, borderline inappropriate to me. Hopefully some of those jokes are removed before the book is published.

Why is the protagonist 25? This book would’ve been much more interesting if it were about an older protagonist, and this woman, to me, did not act like most 25 year olds that I know. She acted like she was a teenager, and not a very smart or mature one at that (see above examples). Romantic comedies featuring twenty-somethings are a dime-a-dozen. I wish Cabot had taken a risk here. The male lead is not any better. He likes animals and is hot, and we don’t learn much else about him. They do fall in love instantly, though, so…yay?

As someone who grew up in a hurricane affected area, I think the idea of a romantic comedy centered around a hurricane is a fabulous idea. I just wish the execution had been less offensive. I did like the pet-rescue sub-plot, though.

Even though I didn’t enjoy this book, I’ll still check out Meg Cabot’s next one and keep recommending those books of hers that I do like (for instance, Insatiable or Queen of Babble). I mean, I read this book in a day, so that says something, right? I think plenty of readers will enjoy it. For me, though, it was a 1 star read: I didn’t like it.

Thanks to Netgalley and Harper Collins for the electronic advance copy, which I received in exchange for an unbiased review. No Judgements will be released on 24 September, but you can put your copy of the book on hold today! 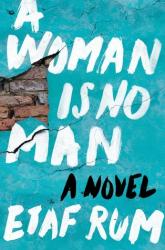 A Woman Is No Man

Wow. This book blew my mind! So gripping and powerful, a glimpse into a culture I would otherwise never be privy to. Isra and Deya were both so brave. One doomed and the other prevailing. I learned a lot from them and from this book. 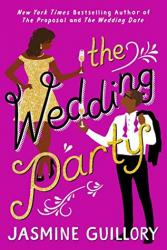 Maddie and Theo have known and disliked each other for a long time - as long as they've had the same best friend, the newly engaged Alexa Munroe. When they end up hooking up after Alexa's engagement party, it was unexpected for both of them to say the least. They both end up in the wedding party, and they know they will be thrown together more often. When they find themselves unable to resist a second hook-up, they put some rules into place, the chief one being that they'd only hook up until the wedding and then they'd go their separate ways forever.

If you read that synopsis and thought that you knew exactly where this book is headed, then you are correct! This is a very straightforward romance. What you see is what you get. I was expecting a little more. I thought it would be a comedy or maybe there would be some political commentary since our leads are both people of color but neither of those things were present. That said, I actually found the straight-up nature of this read to be surprisingly refreshing. I knew exactly what I was going to get and I got it. I didn’t learn anything new, and some aspects of the story were frustrating (for example, they don’t hate each other so much as tolerate each other with mild annoyance) , but all was resolved by the end. It was a good palate cleanser, and next time I don’t know what I’m in the mood for, I may pick up a Guillory book.

To be completely honest, I don’t read a ton of romance (which is how I would classify this book, perhaps mistakenly). If you like contemporary romance, I see no reason that you wouldn’t like this one – its a sexy read with believable characters and scenarios. 3 stars. Despite myself, I ended up kind of liking it.

Thanks to Netgalley and Berkley publishing for the advance copy which I got in exchange for an unbiased review. The Wedding Party will be available on 16 July, but you can put your copy on hold today! 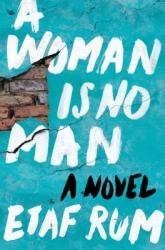 A Woman Is No Man

Definitely among my favorite books of the year. Beautifully written in alternating points of view, each woman's story is absolutely compelling, enraging, and heartbreaking. There was a passage toward the end of the novel where I found I actually was holding my breath.

This is the type of book that makes you understand the power of words and stories and how important they are, on so many levels - from Isra reading to escape her suffocating life, to Deya for whom books mean freedom and education and choice, to the reader who is ultimately changed by the experience of their story.

This book is going to stay with me for quite a while - definitely an author to keep on my radar!!! 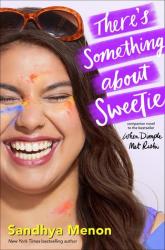 There's Something About Sweetie

Sweetie Nair is fat. She doesn’t care, but her mom cares. Like, a lot. A lot a lot. Definitely too much. So much that so when Ashish, a hot local boy from a good (and crazy rich!) Indian family tries to date Sweetie, Sweetie’s mom shuts it down. But Sweetie won’t give up without a fight, and so she, Ashish and Ashish’s parents hatch a plan in which the kids will go on four dates. If it works out, they’ll tell Sweetie’s parents. If not, no harm done. Plus, what can happen in four dates? Turns out, a lot.

If you’ve read any of Menon’s other books, this one is completely on brand. I’ve read her other two books, and this one might be my favorite? It’s up there with Dimple, for sure. It’s a funny romantic comedy with endearing, mostly believable characters from a culture that’s different from mine. In addition to reading an adorable book, I get to learn a little bit about Indian Americans. This one has an added element of pointing out our society’s horrible ways of treating fat people. The way a folks react to Sweetie will have you seeing red – but you know it’s unfortunately totally realistic. Luckily, Sweetie is a self-confident young lady, and it was a joy to see her grow throughout the book. Ashish isn’t too bad himself! He has a very believable journey through the course of the book, and was a male lead you could root for even as he made a few terrible decisions.

TLDR: If you’re looking for a light, funny and very swoony read, this one will do it for you. I know it put a smile on my face.

Sandhya Menon is coming to PPLD to be the keynote speaker for Mountain of Authors! Meet her, listen to her give a talk and get a book signed on 27 April at 21c. More information about the event can be found here: https://research.ppld.org/mountainofauthors

Thanks to Netgalley and Simon Pulse for the advance copy, which I received in exchange for an unbiased review. There’s Something About Sweetie will be available for purchase on 14 May – don’t forget to put your copy on hold!