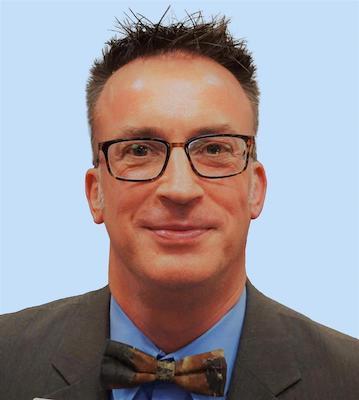 Pikes Peak Library District’s Chief Librarian and CEO John Spears announced his upcoming departure for a new opportunity after more than six years of service to El Paso County residents. He will become head of the Buffalo & Erie County Public Library with 36 locations in western New York, beginning in mid-April.

Spears has directed Pikes Peak Library District (PPLD) – a library system of 16 locations, three mobile library services and a large online hub of resources, all provided through more than 400 staff and 550 volunteers – since 2016. During his tenure, PPLD eliminated overdue fines for most Library materials, opened Calhan Library to expand access in rural parts of the service area, established a co-location partnership between Manitou Springs Library and the Manitou Art Center, and revived Knights of Columbus Hall as a community space in downtown Colorado Springs.

In addition to those notable successes for El Paso County, the Library District also launched a new food industry training program and student-access partnerships with local school districts. Two new public services were introduced to better serve the community as well. The Library added a social worker on staff to help patrons navigate community resources during difficult times, as well as a new service that broadly focuses on equity, diversity and inclusion to ensure all feel welcome using the Library, including those with disabilities, older adults, people of color and different faiths, and military service members, families, and veterans.

“It’s been a great honor to lead PPLD and its dedicated staff through times of uncertainty, change, growth and opportunity,” said Spears. “With those serving on the Board of Trustees and PPLD’s leadership team, I’m confident there will be a smooth transition and staff will continue to connect people with what they need to improve their lives and the Pikes Peak region.”

Spears also led PPLD through the on-going pandemic, with District-wide efforts ranging from a full closure to reopening all services inside Library facilities, along with launching virtual programs and curbside services. His numerous accomplishments supported PPLD in receiving the prestigious four-star rating from the Library Journal for several years, in addition to being awarded “District of the Year” by the Special District Association of Colorado in 2019.

“The Board of Trustees is beyond grateful to John for his leadership, commitment and achievements during his tenure with our Library District,” shared Dr. Ned Stoll, president of PPLD’s Board of Trustees. “John has positioned us for continued success in the future, where all residents of El Paso County can access information, resources, services and opportunities. We wish him all the best in his new state, city and role.”