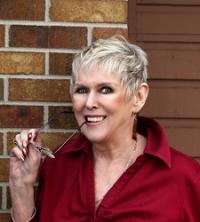 We have been in Colorado Springs since 2005, moving here from Castle Rock. I have lived in Colorado since 1967. I flew for the original Frontier Airlines for seventeen years when a back injury and subsequent surgery would not allow me to return to my flying duties. I still miss it. My husband Bob and I started New Tech Medical in 1982. We are independent manufacturers Reps in medical sales. At one time we covered nine western states but now Bob is semi-retired and covers Colorado Springs and surrounding areas. I am currently working hard at selling my book. In the late 1980s I found out that my aunt had saved a series of letters written to her by my father. They dated from 1945 to 1953 when he died. I was only six years old when he passed away so reading his letters gave me the opportunity of knowing just who this amazing man was. I was greatly encouraged by my sister to write a book based on these letters. It took me over 20 years to finish it and I think that the ending is just as it was meant to be. The title is I've Been Only a Shadow." One of his letters says, "I've been only a shadow in the lives of so many people." The book was published in late 2015. I have been traveling to the cities where most of the story happened and am now concentrating on Colorado. I'm doing a spot on the radio June 27th and am currently contacting TV stations about doing a short piece. I am passionate about his story. Had he lived, he would have told the story himself. I am very proud to be the one to share it. Thank you. 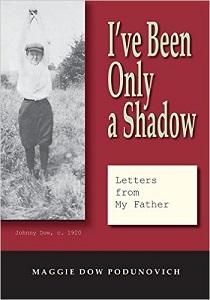 Organizations
Castle Rock Writers Group - Pikes Peak Writers - Pikes Peak Writers Conferences
Speaker Availability
Yes
Speaker Topics
Orphanages, child abuse, surviving extremely difficult situations and the ability to keep a good Irish (or whatever) sense of humor. The importance of family. How one woman raised four children by herself in
the 1940s. The power of believing in yourself and giving yourself permission to do great things. And, of course, flying... it's the best job on earth!