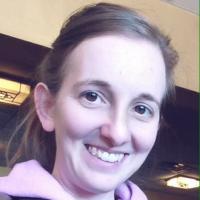 Leah has been writing since she was six years old. Her very first story was written for her mother and Leah illustrated it herself using stencils and crayons. Leah was homeschooled from Kindergarten through 12th grade, and started community college when she turned 16. From there she went on to College of the Ozarks in Missouri and graduated in 2009 with a BA in English. Leah's and debut children's story released under her children's author pen name Julia Joss on November 27, 2012 entitled Blue Hooves and a Broken Wing. Three years later she released her first novel, Unraveling Glenmore, in April 2015. In addition to writing, Leah enjoys playing the piano and the Irish Tin Whistle. She loves reading, drinking coffee, having long talks with friends and fellow book lovers, as well as being outside. Currently Leah lives with her husband and daughter along the front range of the Rocky Mountains.