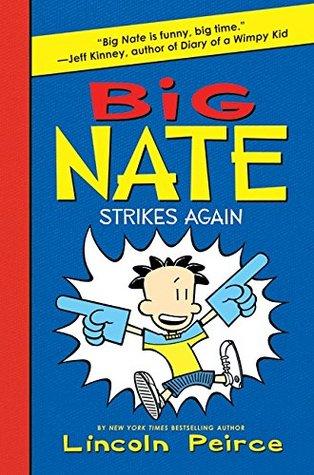 Nate Wright is back at it again when the unexpected strikes. Mrs. Godfrey gives a difficult assignment to research a great American. Not only this, but Nate is forcefully paired up with his archenemy and helpless teacher suck-up, Gina. She isn't exactly thrilled about it either as she is afraid that being partnered up with Nate will ruin her perfect GPA. They get assigned the topic of Ben Franklin, but Nate is more concerned with who became the captains for the Fleeceball teams. Fleeceball is a version of indoor baseball that their school plays for a season every year. Luck and disaster strike when Nate finds out he was made one of the captains, but unfortunately, so has Randy Betancourt the school bully. Nate gets in trouble, as usual, and inadvertently misses the captains meeting. Nate panics and rushes to tell the coach, but all seems good when Nate looks at his team. The coach picked all good players for him, except one, the absolute worst when it comes to athleticism, Gina. Will Nate be able to meet Gina's high expectations on their project, win the Fleeceball tournament, and deal with Randy all at the same time? I guess we will just have to see if Big Nate can, "Strike Again."

The reason I enjoyed this book so much was because Nate finally found an interest in something academic even if it is just one person from history. I guess this shows that he is not completely hopeless. I honestly didn't dislike any part of this book which I immensely enjoyed while reading it. The story stayed fresh and relevant, and it moved in a way that kept me reading. I picked this book just because I was at my cousin's house and needed something to read to fall asleep at night when I was younger, so I chose to read this, and I was hooked to the series ever since. This isn't one of the best books that I have read this year, but it does come fairly close.