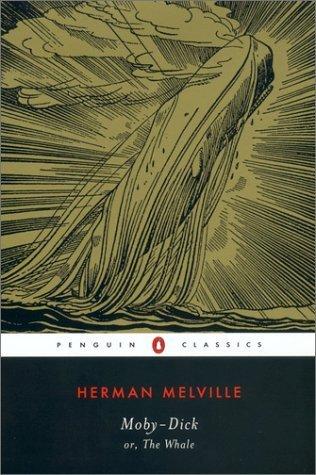 I, like most people, got wildly bored reading this book. Even then, it's one of my favorites. Moby Dick is a long and treacherous journey not for the faint of will, but lying at the end of the mud-covered path is a handsome bounty. For me, the ending of Moby Dick justified the means. Sprinkled throughout are interesting and bizarre chapters (and wise quotes on sleeping with drunken cannibals), but I believe the impact of the ending cannot be achieved without Moby Dick's arduous length. The hundreds of pages allow the reader to spend a massive amount of time with the characters (even if it's just Ishmael) and grow to appreciate the ship. Without that, the ending would fall miserably flat. So, despite the time it takes to read Moby Dick, the famous tale of a captain's monomania is one told beautifully. 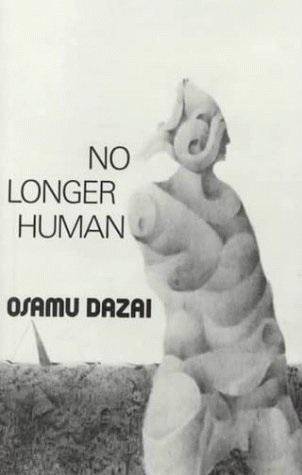 No Longer Human is a cultural phenomenon, widely known as the second most bestselling novel in the history of Japan. Within, Osamu Dazai explores the life of a man who feels that he has never been a part of humanity, and his desperate strivings to find a piece of happiness in a life full of terror and vice. The timeless, existential themes of the novel will haunt the reader past the last page.
I chose to read this book because I'd seen a lot of people all over the internet praise it as the saddest book they'd ever read. There are about a thousand videos and essays and think pieces about the depressing nature of this book, and how it can devastate and eviscerate emotionally. Weirdly enough, I don't see it. The book is definitely very sad, but to me it didn't extend very far beyond the other grimly written books about very sad people with very sad lives. However, the psychology of the protagonist definitely sets the book apart. Unlike other books of the same nature, this book cuts to the bone by showing the terrifying underbelly of humanity. The protagonist is paralyzed by fear because he comprehends what many of us forget: that we are at all times surrounded by our own apex predators. Each of us has our own deep desires that could stir us to violence at any given time. We lie and cheat and steal to get what we want, effortlessly wearing masks that can obscure our entire character and can last a lifetime. The protagonist isn't like other antiheroes of hardened books about the horribleness of humanity. He doesn't accept it, or rail against it. He is very much afraid of it, and does everything he can to get out of its way. The protagonist's perspective is also interesting in the way it views humanity. The detachment of the central character is clinical, and portrays the characters in an alien light. He is scared of humans, but he also doesn't understand them. He sees all hunger and desire as something strange, and he wonders how people can be so insincere so easily. But despite his abject horror of humanity, the protagonist is slowly transformed into everything he despises and cannot understand. Perhaps the most fascinating part of this tale is how the protagonist is dragged, slowly but steadily, into the grips of humanity's vices and horrors.
Despite the intriguing nature of the protagonist's psychology, I didn't find the rest of the book as interesting as I thought I would. I was likely just disappointed that after all the build up, this amounted to another very well done, very sad bildungsroman in the vein of Catcher in the Rye or Little Friends. There's also issues with the way the writer portrays women, but since everyone in the book is fairly dehumanized it doesn't bother me as much as I thought it would. All in all, No Longer Human is a fascinating journey through the most base natures of humanity, all through the eyes of a man who feels disqualified from being human. I'd recommend this to someone who wants something dark and strangely fascinating. I would not recommend this to anyone who is anywhere close to being in a bad place, or anyone who got annoyed by Holden in Catcher in the Rye. This guy is ten times worse.
Reviewer Grade: 12 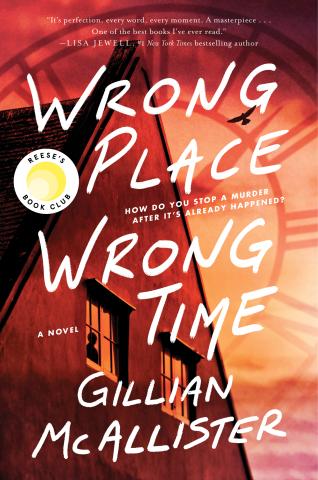 Jen is the forty-something mother of a seventeen year old son, Todd. She and her husband have raised him in a loving, happy home. Only one night, Jen witnesses Todd commit a horrendous crime and he ends up in police custody. When she wakes up the next morning, it isn't the next morning at all. It is yesterday. And the next day ends up being the day before that. Each day Jen is waking up in the past, and she believes it is an opportunity to change Todd's future. Somewhere in the past, Jen is determined to save her son from the events that unfold in the future. Listened to this one on audio, which was really well done and recommended. 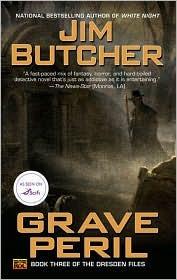 The third book in the Dresden Files, Grave Peril continues the adventures of Chicago’s resident wizard as he takes on ghosts, godmothers, and ghoulish vampires. While it’s definitely an improvement from Fool Moon, Grave Peril still has some of the misogynistic flaws of the series’ titular character. On the plus side, we finally get to delve into deeper lore for the series. And we get Michael. He’s the best new character in this series and by far my favorite for many reasons—mainly because how he does things differently than Dresden.

I’ll admit that it took me a while to get through this book, which felt odd considering the action was superb, the writing was proficient, and the story was thrilling. For some reason, I didn’t feel the motivation to continue reading and went weeks between picking it up and continuing. I think if I had read it all as quickly as possible, then it might have earned another half-star. I know it’s not this book’s fault for my inability to focus on reading to save my life (thanks to the pandemic; I think). Perhaps there’s something subconscious about this book that prevented me from devouring it, though.

Since the Dresden Files are mainly written through the POV of Harry Dresden, this might be my biggest qualm right now. I absolutely adore all the new characters introduced in this book, but I cringe at all the obvious instances of “men writing women” that have persisted since book one. In fact, I’d almost rather have an entire series from Michael’s point of view, because he seems much more interesting in his denim-wearing, sword-wielding ways. I’ll still continue with this series, but only to see where it takes Michael.

Great new characters and a deeper dive into the lore, I give Grave Peril 4.0 stars out of 5. 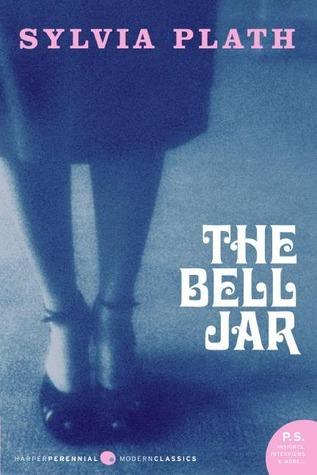 You will understand why she was so depressed and attempted suicide three times after reading this novel. It tells the tale of a young girl who suffers a lot throughout her entire life. All the events of her life are beautifully executed with the help of Easter's character in this novel. Sylvia wants to be a poet, but society forces her to be a housewife, have children, or someone else. Sylvia Plath's father dies when she most needs him. Being without a father means you are alone with creatures in this cruel world that does not care about anyone. She seems very lonely, and sometimes she feels like she is in a bell jar, like a dead baby. She is depressed by the silence. It is not the silence of silence, it is her own silence. The novel also depicts the situation of women in the 1940s they were supposed to do what their men wanted them to do. If the person is loyal, he should get the same person, but that is not the case with Slviya Plath. Every boy friend she finds has an affair with another woman. She sacrifices her body for the peace of mind and her virginity for the sake of experience. 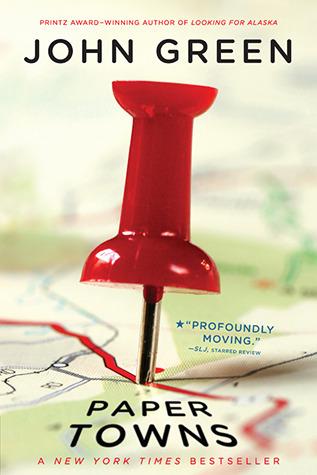 Paper Towns by John Green is a thrilling, coming-of-age mystery. Readers get to solve the mystery along with the main character. The book provides interesting insights and a sense of grounded wonder and sparks deep thought about our own reality of life and inevitable death. It follows senior Quentin Jacobsen on a wild journey with dreamy but unattainable childhood friend later drifted away, Margo Roth Spiegelman. The mystery that surrounds her the next day is sure to excite readers with fear but also curiosity as they journey with Quentin inside his mind on the sublime adventure to uncover her whereabouts. On many occasions I found myself unable to stop reading even though the book took me into the late hours of the night. I would definitely recommend this book for anyone looking for an exciting venture into the unknown! 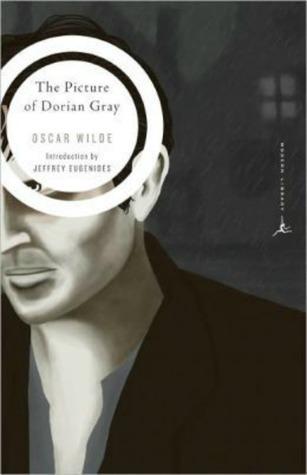 As a lover of writing, poetry, and pretentious philosophical tangents on the measurements of good art, I was bound to enjoy Wilde's only novel. The Picture of Dorian Gray is a beautiful tapestry of tragic corruption and its devastating effects. Albeit at times Lord Henry seems to ramble on about entirely uninteresting subjects, the overall experience of the book is short and sweet. The prose is flowery and elegant; the interactions between characters are brief but natural. Major character development occurs off-screen, which was disappointing, but within 160 pages one can only fit so much. Ultimately, I greatly enjoyed the ride, and The Picture of Dorian Gray has cemented itself as one of my favorites.

Book Review: We Were Liars 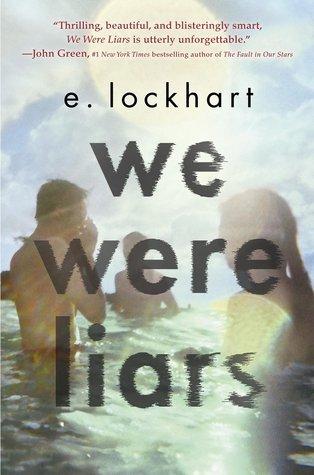 We Were Liars is a mysterious young adult novel about a wealthy family who spends every summer on their private island. The story focuses on the main character, Cadence. After Cadence suffers a head injury during one of the summers, she cannot remember almost anything from that trip to the island. The next summer things are very different and Cadence has to try and remember why.
This book is quite a page-turner. As Cadence slowly remembers more and more details of the mysterious summer when she suffered her head injury, it is nearly impossible to put the book down. However, not all page-turners are necessarily great books. The story of We Were Liars may have been intriguing, but the content was not very substantial. There didn’t really seem to be any morals, and if there were, they weren’t very clear. Things just happened throughout the story, and although it was a mystery, nothing was truly deep or thought-provoking 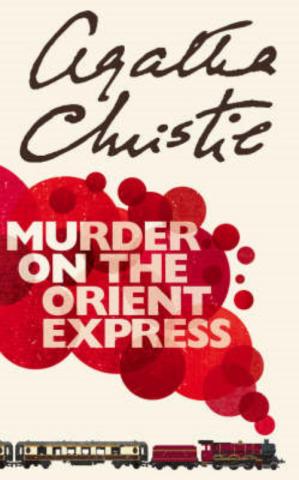 Murder on the Orient Express is a compelling Christie mystery. The book is steady and methodical: after the initial inciting incident, each of the passengers are questioned in order. Then, the evidence is reviewed and the conclusion comes easily to the detective. This novel was a straightforward, easy read, but I found it was better enjoyed by just sitting back and reading. Formulating theories, from the perspective of the reader, is relatively difficult due to key details being under developed when first introduced in the book. Therefore, the detective is better informed than the reader throughout the mystery, which took away some of the intrigue for me. Ultimately, however, the ending was satisfying, and Murder on the Orient Express is a well-written, captivating read.

Book Review: And Then There Were None 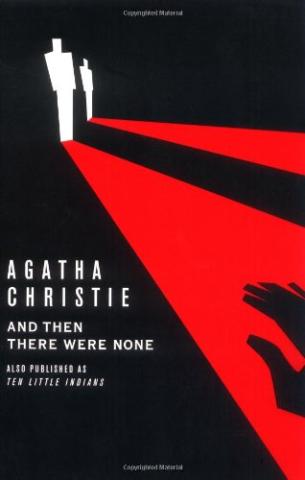 Title of Book
And Then There Were None
Author
Christie, Agatha
Rating
5 stars = Bohemian Rhapsody Awesome!
Review