Book Review: The Chronicles of Narnia: The Lion, the Witch, and the Wardrobe 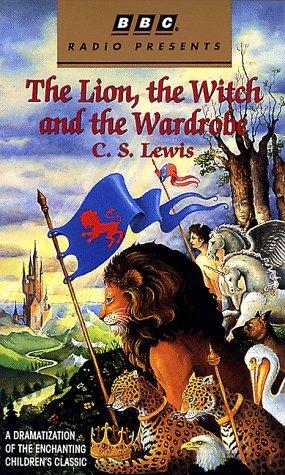 Title of Book
The Chronicles of Narnia: The Lion, the Witch, and the Wardrobe
Author
Lewis, C.S.
Rating
5 stars = Bohemian Rhapsody Awesome!
Review

I first read this book when I was much younger and have read it many times since then, yet not in recent years. I just finished reading it once again about a month ago. Just like when I read the Lion, the Witch, and the Wardrobe for the very first time there was so much magic and wonder that engulfed me once more, and will again many times more.
It begins during the Blitz in 1940 with a family of four kids, Peter, Susan, Edmund, and Lucy. They, like many other children during this time, go to the countryside of England to escape the war and be safe. Yet their time in the countryside will be much different than any of the other children’s. They arrive at this mansion owned by a professor, who has a housekeeper that doesn’t want children there and makes sure that they don’t touch anything. The four children don’t want to leave their family and their home in London, but the homesickness fades away quickly once they start to have fun in the house and find a world of magic and endless possibilities. Lucy, the youngest of the four, finds a wardrobe hidden away in a spare room in the house, in it are a bunch of fur coats. She makes her way through with her eyes closed as the soft fur rubs against her cheeks when she suddenly feels something prickly and cold. She finds herself in a wood in the middle of winter and a faint light in the distance, the light coming from a singular light post in the middle of nowhere and nothing to power it. Here she meets Mr. Tumnus, a faun, who invites her for tea and cakes. She spends hours with him and learns about the land she is in, Narnia which is in a 100-year winter, and that she is the first human in this strange land in a long time, as well as that there is a witch, the White Witch, who has enslaved all of Narnia. When she returned she had been gone for hours, yet to her siblings, it was mere seconds, they didn’t believe her and when they went to check the wardrobe there was no wood. Edmund was especially mean about it but followed her in the middle of the night and found himself in the middle of the same forest she described and Edmund met the White Witch. One day all four children were rushed into the wardrobe as the housekeeper gave tours of the house since it had many relics, and they found themselves all in Narnia, not at all ready for the adventure ahead of them.
This magical place and book always make me feel like I was there with Peter, Susan, Edmund, and Lucy, as they had their adventures. The magic that C. S. Lewis was able to resonate with me every day as I too looked for a magical portal to a world unknown. This book is so enveloping as you read and finish it, it stays with you for years, making you think in ways you never thought of before. This book is an amazing book for anyone looking for an amazing fantasy book or a book that every time you read it you see something new.
Reviewer Grade: 12