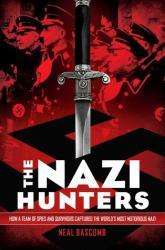 Adolf Eichmann, a notorious Nazi responsible for the deaths of millions of people during the holocaust, disappeared without a trace after the war ended. An Israeli group of spies, known as the Mossad, along with other key allies carefully locate and capture Eichmann in an attempt to bring him to a fair trial in front of the entire world. Several of the members of the mission survived concentration camps and nearly all of them had lost family there. Thus, they were determined to complete their mission, even if it lasted fifteen years and took them to the other side of the world. I highly recommend this non-fiction adventure to anyone interested in the holocaust or looking for great a spy thriller.