Book Review: Some Other Now 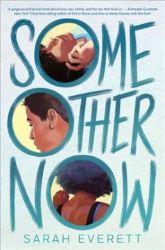 Some Other Now is about a girl torn between two summers, two brothers, the mistake that will destroy them all, and what it's going to take for her to move forward.
This book is pretty solid, very emotional, has some good characters, and doesn't do much else. I did like reading it, but it was a very typical story. Some of the tropes seemed played out and overly dramatic, especially in the romantic scenarios. But the things it does well, it does very well. I really liked the contrast between the narrator in the first summer and the narrator in the second summer, and how it showed her guilt and grief. I liked the complexity of her family structure, both chosen and biological, and how it weighed on her. The main character overall is very well developed, with a lot of complexity and flaws and inherent kindness that makes her very easy to root for. I honestly didn't like either brother that much, but that's to be expected. The story does a great job of exploring depression and grief and guilt and mistakes that we can't take back, making it very relatable.
All in all, it's a very typical story, but done very well, and I don't have much to say about it. I would recommend this to anyone looking for a sad story, some drama, and good characters! 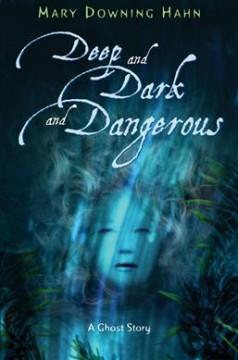 I really enjoyed this book while reading and after finishing it. This book was a combination of the two things I love most; mystery and thriller.
Mary Downing Hahn is a great author and I love reading her books and going down a spiral of questions. All of her books are clever, it’s like watching a movie without a screen! This is by far my favorite book by Mary Downing Hahn.
Ali is a thirteen year old girl who stumbles across a torn picture of her mother and aunt. Who’s the third person? This book is about Ali’s journey attempting to solve this mystery. I definitely recommend this for mystery lovers, horror lovers or both!
Reviewer Grade: 8 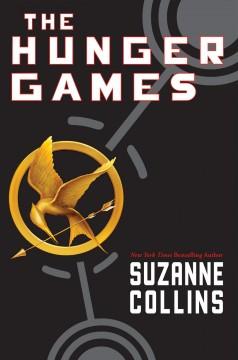 The Hunger Games by Suzanne Collins is an incredible book full of suspense, surprise, and action! It was one of the best books I have read this year and I would strongly recommend it to dystopian lovers.
In a post-nuclear war world, there are twelve districts and the capital that are safe enough for people to live in, and every year the government holds a competition between 12-18 year-olds. A fight to the death, and the winner gets to live a peaceful, worry-free life away from the stress and labor of the districts. Everyone of age is entered into the drawing and when Katniss Everdeen's younger sister is chosen to take part in the Hunger Games she takes her place. Now Katniss faces stronger, faster, and better opponents, and the capital's clever propaganda. She must do all she can to survive.
I liked this book because the author did well at portraying the emotions of the characters and they were all so relatable. Hunger Games is a great read that kept me up all night. I decided on this book because of amazing recommendations and because I love dystopian books, Be warned... it measures up to its greatness! I would recommend 12+ for this book because it gets a little violent and the idea of kids being put in a competition to kill each other is a little dark. Overall this book is brilliant and worthy of recognition! Hunger Games was very surprising and I enjoyed the storyline very much. I would certainly suggest this book to you!
Reviewer Grade: 8th 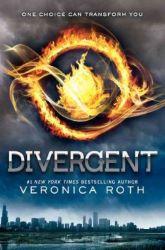 Divergent by Veronica Roth is one of the best books I've read this year. It is action-packed and entertaining throughout the whole book.
Split into 5 different factions, or branches, based on your personality and character traits, Beatrice (Tris) Prior is a danger to all of society. She is what's known as Divergent, someone who doesn't fit into one of the preset sections in the civilization. Forced to hide it or face certain death, Tris decides to become a Dauntless, the faction favoring the brave. She faces a dangerous initiation there, in which she must face her fears and become a true Dauntless or live factionless forever. Soon the world becomes more dangerous for the Divergent and she must do everything possible to survive.
I liked this book because it's very attention-grabbing, it was a book I could escape into. It had very cool fighting and training scenes and was so detailed and relatable that I knew how Tris felt half of the time. The book had me hooked and up all night reading it. I think the author did an excellent job with all of the characters and plots that went into the book. I picked this book because I wanted a good dystopian book and I was not disappointed! Divergent is extremely well written, suspenseful, and quick... You will never want to put it down. This book comes with a great storyline and just the right amount of romance to add to the overall brilliance of it all. By the end, you will adore all the characters and it will leave you longing for more. (It's a 4-book series with 3 movies :) If you love a good young adult, dystopian, romance this book is for you! 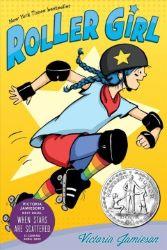 I liked this book a ton! This book is an easy read considering it’s a graphic novel. The story in this book is very inspiring for “shooting for the stars” or doing what you love. In other words, commitment. I can relate with the main character, Astrid, by getting through something tough with something you love. For Astrid, the love is all about roller derby.
I picked this book because I love graphic novels. The storyline to this book was extremely interesting, I could barely put the book down! I was honestly surprised by how good the book was. This book is by far my favorite graphic novel. I have read this book many times since my first.
Astrid was a teenager in junior high. The only thing getting her through the rough days of school was roller derby. Astrid loved roller derby and was committed to putting in her best work. Astrid’s character develops over time in the novel, and it’s interesting to read about her change. 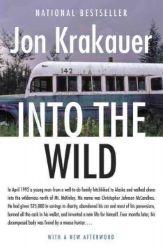 Into the Wild by Jon Krakauer is a nonfiction story about a young man named Cris McCandless. After graduating college in 1991, McCandless left without a trace hitchhiking around the United States. During his travels, McCandless goes by the name Alex Supertramp wanting to reinvent his life. He meets and changes countless people's lives. McCandless had his sights set religiously on Alaska, thinking it his last grand odyssey. McCandless wanted to fend for himself in the Alaskan wilderness, which inevitably proved fatal. This beautifully written book is full of adventure and life lessons. Overall, I would rate this book four out of five stars. 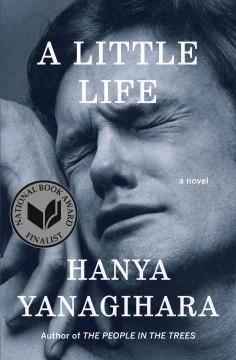 This book is very heavy and grim, but Hanya Yanagihara gives a detailed insight into living with disabilities, mental illness, and addiction. I became attached to the characters from the start. Four young men- Jude, Willem, JB, and Malcom, have been best friends since being college roommates in New York, but their individual lives and struggles make it complicated to work through their mid-life crises. Despite the grief and somber moments in A Little Life, I appreciated the resilient mentors that the four, especially Jude, had. It had a loving message of always having a support system somewhere even if it doesn't feel like it, and that your past doesn't define you- your present choices do. However, the ending was open ended and left a lot for me to ponder over later. I'd recommend this if you like more somber, down to earth books (and if you're a fast reader, because this book took forever to read!)
Grade 12 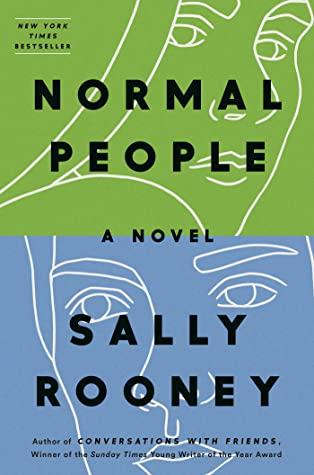 Normal People by Sally Rooney beautifully follows Marianne and Connell’s on again off again relationship. I really loved this book and I felt as if I was there growing with the characters. This story does not follow much of a plot, it is more about watching Marianne and Connell grow and develop as people. Rooney addresses mental health and abuse and the way Marianne and Connell were always there for each other literally makes me scream. The story begins when they are in high school with Connell being a well liked soccer player and Marianne being pretty much the opposite. It follows them through college and all their ups, downs, mistakes, and triumphs. This is a fairly easy read and I was able to finish it in no time at all.

Book Review: They Both Die at the End 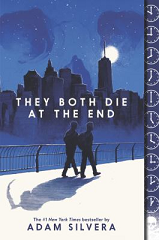 They Both Die at the End is a perfect book for both tweens and teens! Set in a futuristic time where the "Death-Cast" can predict your death, two teenage boys, Mateo and Rufus, meet through an app that leads you to your last friend. Both of them are on their death day, wanting to live memories they never got to and they learn how much of a gift it is to find love, even in your last hours. Though Mateo and Rufus are total strangers, they connect in a way they never could with anyone else and live the short life they wanted together.
I loved this book because it was deep and meaningful. It gave thought to so many things and made a day last an eternity. I stayed up all night reading this book because I just couldn't put it down, it was entrapping how the author put down their last moments together as a story with so many lessons to learn from. I picked this book because it was different than what I normally read and because I wondered how the author would put it together, knowing that the title gave it all away. I was not disappointed at all! If anything, I was only sad and disappointed about how it ended, otherwise, the book was fantastic. Even though the title of the book is a complete spoiler, by the end you never see it coming and it is so sad when you realize the book is over. The ending was very predictable but it will surprise you even though you know it will happen. It was an amazing book about their story of gay love and I ended up crying at the end because it was so beautiful. The author made the boys very relatable and emotional in a way that truly hooked you into the book. This is one of the best books I've read this year and I would certainly recommend that you read it too!

Book Review: Tales of a Fourth Grade Nothing 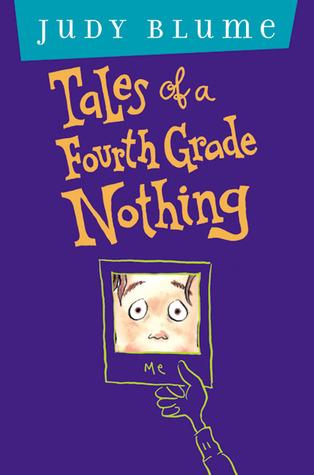 I read this book because my mom wouldn't stop talking about how she LOVED this book when she grew up. It was pretty funny. It is a book about.a kid in the fourth grade that has a little brother. And the little brother was just SO cute that everyone, not just his parents gave all of the attention to the brother. That part I can kinda understand. I have a little sister and for real babies usually get all of everyone's attention. It made him feel like a nothing. I liked the book because I could definitely relate to it, and it was pretty easy to read. I think it would probably be better for like middle school kids or younger to read. But it was good.