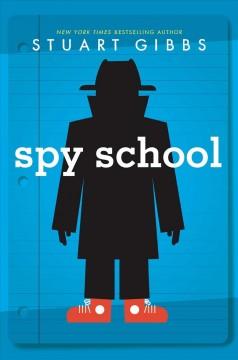 Where many spy novels explore the skill and expertise on display with fully trained spies, Spy School takes it back to basics. Ben Ripley, a normal middle school student, is chosen by the CIA to attend an academy for spies. Ben may not be the best spy there - or even in the top 90% - but he might be the only person who can stop a plot against the whole school.
A great novel for young readers looking for action and comedy, Spy School is a great introduction to the spy genre. Complete with interesting characters (although not without some flat characters as well), the plot moves at a quick pace while still keeping its reader engaged and excited. Although it is the first novel in a series, it works well as a standalone. However, the series has tended to improve as it has continued, maturing with its readers, so I would say continuing to read the series is worth your while.
If you're looking for a thriller for young readers, Spy School is the book for you!