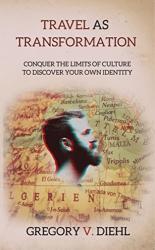 Travel As Transformation: Conquer the Limits of Culture to Discover Your Own Id…

Part travel, part philosophy, part self help, this book is certainly a compelling read. Gregory Diehl shares his unique perspective and riveting accounts from his time spent traveling around the world. He describes in depth how his experiences and sometimes dark and uncomfortable lessons he learned while living in multiple countries around the globe have shaped his unique identity. He also challenges readers to examine the lessons in self discovery they too have encountered when traveling and to experience immersion in other cultures in order to develop a more well-rounded identity and life experience. 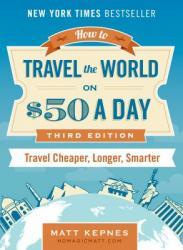 This book is jam-packed with helpful tips and tricks for making travel affordable and more accessible to individuals living on a budget. Whether you travel seldom or regularly, this book will get you excited about the various ways to save big money on trips that may have previously seemed financially out of reach. Want to plan a trip to India? Skip to the chapter specific to the country or region where you want to go for highly specified money-saving advice. I found myself jotting down a long list of notes to refer back to when planning for my next trip. Give it a read if you enjoy traveling and saving money while you do it! 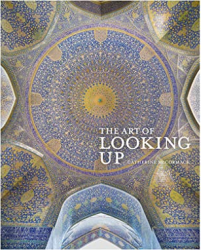 The Art of Looking Up

This book is about famous and not so famous ceiling art around the world and it has beautiful pictures and some awesome explanations about how the art lands into one of four categories: Politics, Religion, Culture, and Power. It is a really great book!!! 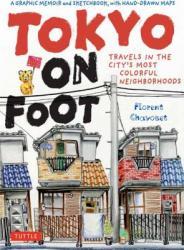 Tokyo on Foot: Travels in the City's Most Colorful Neighborhoods

I read this book twice! I made a one-month trip to Japan, and this book had come up when I was looking for guidebooks about Tokyo. Once I started reading, I could read through it in several hours. The author is from France and lived in Tokyo for half a year. He describes what he experienced in colorful illustrations with animated characters. His observations were very keen in details, and location spots marked by the major train routes and police stations will let you know that Tokyo would be a fun and safe (and curious) place to visit. After my trip I checked it out again to assimilate my experiences. It was great to review my memories there. Thank you, author! 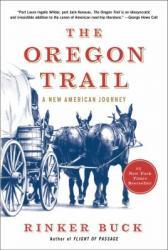 Have you ever daydreamed about what it was like to cross the American West in a covered wagon during the 1800s? Well, I have, and apparently Mr. Buck and his brother Nick have too. The idea to "See America Slowly" was planted by their father, who took them on a covered wagon trip from New Jersey to Pennsylvania which ended up being featured in LOOK magazine in 1958. Before setting out on their epic journey, Buck gives the reader fascinating background on wagons (it's not a Conestoga!), mules and their unsung contribution to America's development, and getting cheated (just like the early pioneers) by outfitters who sell inappropriate equipment at outrageous prices. The cast is filled out by three mules - Jake, Beck and Bute - and a filthy Jack Russell terrier named Olive Oyl. Along the way, our merry band will experience many of the hardships encountered by travelers in the nineteenth century (storms, lack of water, and dangerous terrain) and some new ones (semi trucks, miles of fences, and inferior truck stop coffee). Buck also gives the reader lively background sketches of the many colorful characters who made their way over the trail originally and the contemporary controversy over the LDS church's efforts to re-brand the route as the Mormon Trail. So hop aboard, partner, and let's go "see the elephant! You'll have a great trip.

The Sex Lives of Cannibals

This one was pretty fun. A white guy's experience living in the Southern Pacific on a incredibly remote island called Kiribati. Definitely had some humorous moments. The most I got out of it though was that I had never heard of Kiribati and that I should do more research on it.

The Longest Way Home: One Man's Quest for the Courage to Settle Down

This book was okay. There was quite a bit of navel-gazing going on. But there was also the occasional interesting bit. Meh.

Our Dumb World: The Onion's Atlas of the Planet Earth

The Chiru of High Tibet: A True Story

Chiru are small animals that look like antelopes, but are related to wild goats or sheep. Their wool is the softest, finest and warmest in the world. They are endangered because they must be killed to get the wool.
Color photos and paintings tell the true story of a man who traveled 200 miles to find their breeding grounds in Tibet, and received government protection for the area, making a heroic and interesting adventure story.

Wild: From Lost to Found on the Pacific Crest Trail

I recently read the book "Wild" by Cheryl Strayed. The book lended itself to a glimpse into a young womans' adventure as she hiked the Pacific Crest Trail by herself. The beginning chapters showed how inexperienced and innocent she was and as I continued reading other chapters, she had become quite the seasoned hiker with physical scars to prove it. Her marriage had ended and her mom had died, so as we hiked along with her, she came to grips with her life journey. Very entertaining and a page turner to boot!

The Lost City of Z: A Tale of Deadly Obsession in the Amazon

This is a non-fiction book about explorer Percy Fawcett who, along with his son, disappeared in the Amazon while looking for “Z.” Using information from journals and other sources, the author makes his own trip to the Amazon in an attempt to figure out what happened to Fawcett. I really enjoyed reading this book. Along with being entertaining, I found it very educational. I definitely recommend it!

Honeymoon With My Brother: A Memoir

Franz Wisner was dumped at the altar, but his honeymoon was already paid for. In an attempt to cheer himself up, he takes his younger brother, Kurt, on his "honeymoon" to Costa Rica, and the two brothers connect in a way that they hadn't as adults. Upon their return from Costa Rica, Franz and Kurt decide to quit their jobs, sell their houses, and embark on a year long trip around the world, and this book tells of the adventures. Part travelogue, part relationship story, after finishing this book I called my sister to try to convince her that we, too, could quit our jobs, travel the world, and become better friends!