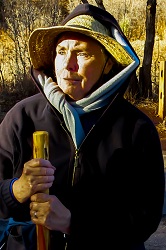 This local author is both Kate Peters, (raised in California and Hawaii, a solo adventurer to Fairbanks, Alaska “to see a winter,” the pioneering wife and protagonist of Sleeping Moose Saga,) as well as Atwood Cutting, the fictionalized daughter and actual author of several books, including the historical fiction series about Alaska, and photo essay books designed "for areas of waiting." After leaving Alaska, and living in the Midwest for a quarter century, Kate Peters came to the Pikes Peak region in 2012, to re-immerse herself in the arts, and wade in some streams. Since retiring and moving to Colorado Springs with Tim, her husband of 40+ years, Kate has pursued her goal of producing a tome worthy of space on public library shelves. As Atwood Cutting, she is achieving it. 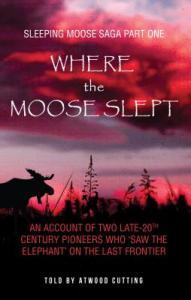 Geared for high school teachers and librarians, she would also be pleased to discuss her "Bildungsroman" as a personal venture into Emerson's vision of self-reliance and Transcendentalism, the art of memoir, personifying the women's movement before there was a women's movement, and "seeing the elephant" of American pioneering lore.