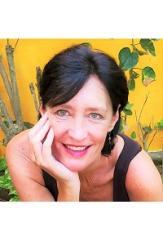 Davyne spent her life traveling the world and has lived in Germany, Bolivia, Somalia, Afghanistan, Japan, Korea, Mexico, and the United States. She came to Colorado in 1993 and now writes from a cozy spot nestled at the base of the Pikes Peak in beautiful Colorado Springs. One of the settings in her book, Phantom Rising, is loosely based on Glen Eyrie Castle in Colorado Springs.