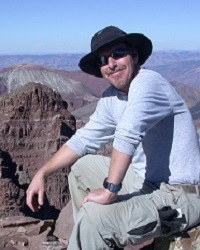 T. Duren Jones gets out into the wilderness as often as possible, camping, fishing, hiking, desert trekking, and "bagging" peaks—and does he have stories to tell! He's hiked hundreds of trails, completed the nearly 500 miles of the Colorado Trail, and has summitted all 54 of Colorado's 14,000-foot peaks. He's kinda crazy that way. Tim enjoys taking friends, family, and his wife, Diane, on wilderness quests with him ... and most of them have survived his escapades. His first book is titled Tales from the Trails. The book is part adventure journal, part travelogue, part motivational encouragement, part stand-up comedy—and includes 26 nearly true outdoor stories from trails and climbs around the American West. Tim and his wife have raised four creative and equally adventurous children. He and Diane enjoy an active outdoor lifestyle together that includes biking, softball, snowshoeing, hunting and hiking the many wonderful trails in their home state of Colorado. About the book -- Care to be entertained? Humored? Informed? Inspired? (All from wilderness trail adventure stories, featuring those who made it out.) Then this book— Tales from the Trails, published by WordFire Press— is for you! You can order a paperback and/or ebook on Amazon. Tales from the Trails—part adventure journal, part travelogue, part motivational encouragement, part stand-up comedy—includes 26 mostly true outdoor stories from trails and climbs around the American West. This book is for anyone who loves spending time in the outdoors, who wish they could be outdoors more, or who simply enjoy reading about other nuts who spend time outdoors. The author also has a web site and regular blog featuring stories from the Pikes Peak region and around the American West, and is published monthly in the New Falcon Herald Newspaper, as well as in four regional/neighborhood newsletters on the Front Range. He also publishes an annual calendar featuring author stories and photos from wilderness trails. 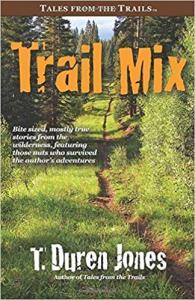 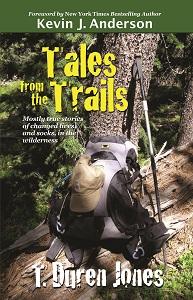 Speaker Availability
Yes
Speaker Topics
-- Fun, family trails in the Pikes Peak Region
-- Discoveries of "secret," unexpected finds for trial hiking and open/wilderness spaces in the Pikes Peak Region and in state of Colorado
-- Adventures on 14ers, some dramatic, some humorous—author has summitted all 54 peaks (on second round now with granddaughter)
-- Colorado Trail stories—author has hiked/completed all 468 miles from Denver to Durango (done in segments)