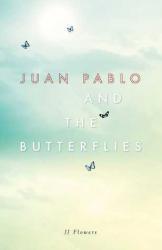 The premise of “Juan Pablo and the Butterflies” is somewhat similar to “Bless me Ultima” by Rudolfo Anaya. Both books focus on boys faced with the challenges of two different cultures and have the wisdom of a grandmother figure’s spiritism to guide them. I enjoyed this book better because while the theme of “Bless Me Ultima” holds true today this book is much more modern and relatable. Juan Pablo faces the modern issue of drug cartels in Mexico when a cartel takes over the small village he lives in. Those who can flee the village leave immediately but Juan Pablo remain with his grandmother and best friend, Rocio. As his grandmother is dying Juan poisons some of the cartel members with one his grandmother’s potions and attempts to flee to the United States with Rocio. I really enjoyed the perspective this book provided, I could understand how Mexico is developed in some aspects, like that Juan was smart from Khan Academy videos, but still has many challenges, such as drug cartels, and violence. The book helped remind me why people would want better and come to the U.S. The book was about resilience, the Sky people, and hope. When seemed like things couldn’t worse and did things got worse Juan Pablo kept going because he knew the Sky People, his ancestors, his grandmother spoke of would, guide him. I would recommend this book to anybody who has never read a book with magical realism, or to a person who enjoys magical realism because the magical realism in this book is a bit more modern than other literature. I would also recommend this book just to people who want a good book and a broader perspective, it is an amazing and relatively short read.