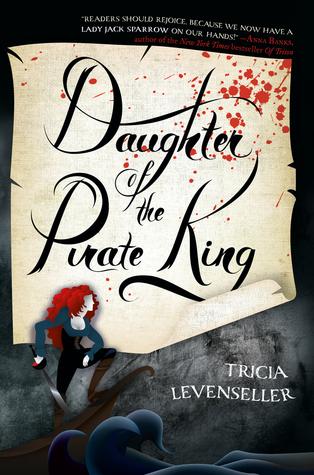 Alosa is the daughter of the infamous Pirate King. She's also half-siren, a secret she wants desperately to be kept hidden. After staging her kidnap by a rivalry pirate crew, Alosa is tasked with finding a map that will lead her father to a legendary island full of treasures untold. It should be easy: she's one of the best pirates on the sea, and being half-siren has its perks. But cleverly and annoyingly attractive first mate Riden makes her task much more difficult, and for the first time in her life, she has something to fight for...or rather someone.

My favorite part of the entire book was Alosa herself. She's smart, witty, and defies the odds given that she's a female pirate (and the only woman on the ship for most of the novel). Her budding relationship with Riden is amusing, and it's the typical enemies to lovers trope. The novel was full of some nice surprises, and I'm anticipating what's going to happen in the sequel! 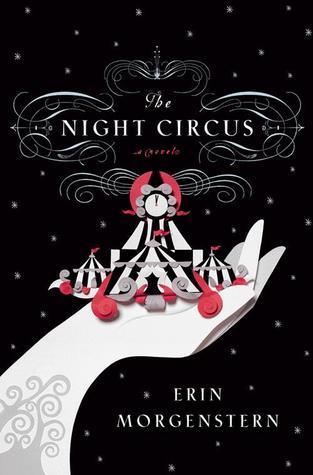 The Night Circus by Erin Morgenstern is about two young magicians who have been trained since childhood to engage in a duel against each other. However, the two said magicians, Celia and Marco, although being raised to fight each other, both fall into an unexpected love.
I have to admit, the plot sounds pretty promising. However, when I read this novel I found that it was incredibly difficult for me to actually push through and finish it.
The writing is beautiful, but I think it was too beautiful in a way. Everything was written in a very flowery way, in which the whole story was made up of very gorgeous-sounding lines, but nothing really past that. To put it straight, there was no substance in the plot. The majority of the novel was just long pretty sentences describing what was happening, but not exactly drawing us into what the sentences were trying to describe. It was like the author was telling us about everything and how everything looked to the eye, but I felt no spark. It was all descriptions and no action. I didn't feel or read any emotional lines or even felt much of a fondness towards the two protagonists. Celia and Marco kind of just seemed like two mannequins placed in the story for show, but there wasn't really anything that built up their characters to make them seem real or three-dimensional. The characters were all flat, and I couldn't see myself rooting for them, or really caring about anything they did.
Overall, while Morgenstern has a beautifully poetic way with words, I didn't see myself being pulled into the plot she was attempting to conceive.

Book Review: Aristotle and Dante Discover the Secrets of the Universe 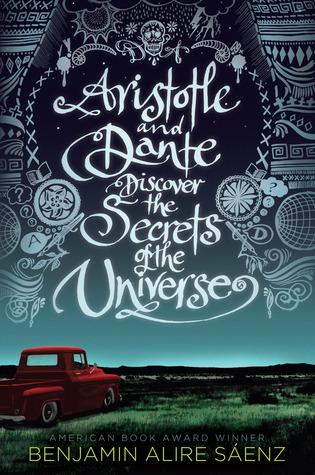 ”Why do we smile? Why do we laugh? Why do we feel alone? Why are we sad and confused? Why do we read poetry? Why do we cry when we see a painting? Why is there a riot in the heart when we love? Why do we feel shame? What is that thing in the pit of your stomach called desire?”
A quote from Aristotle and Dante Discover the Secrets of the Universe, Saenz has truly mastered the art of poetic prose. This novel is filled with countless more beautiful lines, and I have to say that this story exceeded my expectations.
Aristotle (Ari) is a Mexican-American boy who lives with his PTSD racked Father and loving Mother. Dante is the opposite of Ari. Instead of being a "traditionally" boyish boy, Dante enjoys art and poetry. Dante is emotional and sensitive, while Ari tends to deflect the same feelings.
I really enjoyed this book for countless reasons.
For one, the POC main characters and LGBT romance. I consider diversity to be an important factor in novels, and the author of this story did a good job of illustrating these topics.
Secondly, I liked the pacing of this story. It was pretty relaxed and slow. Reading this story felt mellow and personal, like we were just watching Ari and Dante discover themselves and each other, all in the slow hum of everyday life.
Last, the realism of this novel was something I appreciated. We saw Ari and Dante act like the teenagers they are, and tackle common everyday problems most teenagers face. I liked how nothing was overly dramatized, and while that may seem "boring," I thought this calm, slow, and realistic take on a typical Coming of Age novel was very enjoyable.
Overall, although Aristotle and Dante don't follow much of a plot, I enjoyed watching the novel unfold at its own pace.
Reviewer Grade: 11 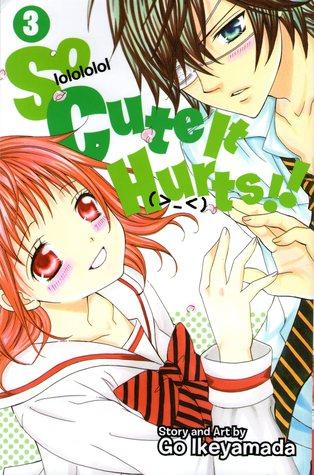 Two fraternal twins named Megumu and Mitsuru Kobayashi decide to swap places for a week (Mitsuru is bad at studies and Megumu is good at them). Megumu otherwise known as Mego is a shy sweet girl who loves the feudal ages. Mitsuru meanwhile is a tough boy who goes to an all boy school full of delinquents. Mego gets saved by and accidentally kisses the top delinquent of Mitsuru's school; Aoi Sanada. When she next meets him in the guise of her brother, he luckily does not recognize her, and she finds out that he has a severe phobia of girls... which does not currently apply to her as she is dressed like a boy and he does not know she is female. Mego is somewhat saddened by this because she has a crush on him, but decides she is happy with just being around him. Aoi meanwhile starts to develop feelings for Mego, and is very confused by this, because Mego is currently his best friend... so he thinks he has homosexual feelings for his best friend. Mitsuru meanwhile has encountered Aoi's half sister Shino Takenaka and has fallen in love with her but she doesnt know he is male or that he has any feelings for her beyond best friends. The School bully Azusa Tokugawa meanwhile has found out that he is a boy and is in love with him, but he thinks she hates him. Aoi also finds out that Mego is a girl and she switches back with her brother thinking that he hates her. Aoi however really does love her and goes looking for her. Altogether a very good if confusing read.

Book Review: Hero at the Fall 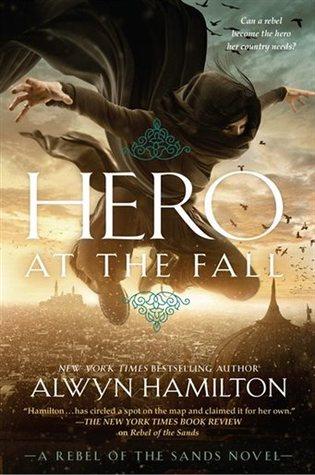 In this final book to the Rebel of the Sands trilogy, seventeen-year-old Amani is the leader of a rebellion to overthrow the Sultan. With all her friends captured and imprisoned, she's forced to step into the role of the temporary leader of the Rebellion and find a way to rescue her friends and put an end to the Sultan's tyranny. Tired, scared, and doubtful, Amani tries to keep together what's left of the rebellion without dying, when it seems like death is all that is around her.

This book was amazing! It kept me on the edge of my seat with every chapter. Reading it was a turbulent rollercoaster of laughter, crying, hope, dread, and everything emotion in between. The writing of the book itself was beautiful, and I loved that it was a combination of magic, action, romance, and was full of diverse characters. I wish there was more to the series to read! 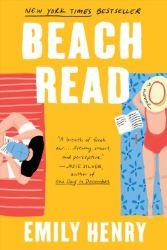 Beach Read by Emily Henry is a feel good book that will leave you rooting for January and Augustus. These two famous authors have nothing in common except that they are neighbors. One night, they make deal. Augustus will write something happy with the help of January’s expertise in romance and January will interview surviving members of a cult to write the next Great American novel. Whoever writes the bestselling book wins. Nothing else will happen, right? Beach Read reveals how being opposite in every way could quite possibly be the best thing. I highly recommend this book to anybody who needs a feel good book.

Book Review: Traitor to the Throne 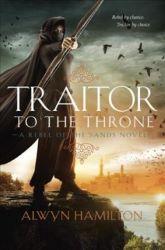 A sequel to Rebel of the Sands, Amani continues her fight for the Rebellion after being captured and sent to the palace. Thrust into the center of the regime, she's determined to bring the tyrant down. Acting as a spy, she tries to uncover the Sultan's secrets, but the longer she stays, the harder it becomes to forget that Jin's disappeared, and the more she questions whether the Sultan is really the villain she'd been told he is and who the real traitor is to her beloved homeland.

I like this series because it's action-packed, has elements of fantasy, and romance. Each chapter never disappoints, and I felt like I was being sucked into the heart of the Rebellion just from reading about it. Amani quick-witted passionate personality makes her an admirable character, and her closest friends have stories that make it really hard not to love them too. I can't wait to read the last book! 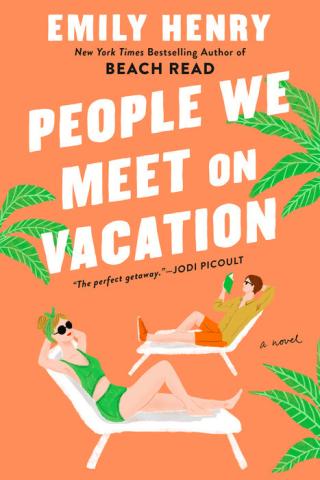 People We Meet on Vacation by Emily Henry tells a story everybody can relate to: what to do when a friendship becomes something more. Alex and Poppy have been best friends since college and as a tradition, go on a spectacular one week vacation every summer. Until two years ago, when everything collapsed and neither have spoken to each other since. Now, Poppy hopes to rekindle this friendship by convincing Alex to go on a final vacation. Will this week long vacation be enough to fix the past or was this “friendship” never meant to be? People We Meet on Vacation will have you rooting for Poppy and Alex as they maneuver through love, life, and lies. I highly recommend this book to anybody who craves unpredictability.
Reviewer Grade: 11 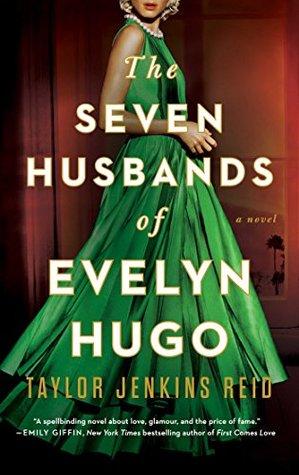 The Seven Husbands of Evelyn Hugo by Taylor Jenkins Reid is a historical fiction novel that you won’t be able to put down. Amateur journalist, Monique Grant, is requested to do a private interview with one of the most mysterious Old Hollywood stars, Evelyn Hugo. We follow Evelyn as she retells her elegant and scandalous life as a movie icon. But why does Evelyn want to do an interview now and why did she choose an unknown journalist, Monique Grant? The Seven Husbands of Evelyn Hugo will lead you through the twists and turns of Old Hollywood life and how a single mistake can change a persons life in an instant. I highly recommend this book to anybody that wants a captivating book that will leave you guessing until the very end.

Book Review: The House in the Cerulean Sea 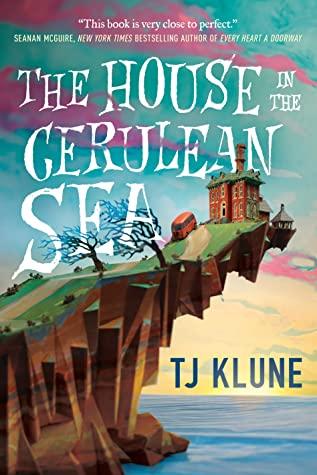 The House in the Cerulean Sea by T.J Klune is a must read, feel good book unlike any other. We follow Linus in his journey to make sure Marasyas Island Orphanage abides by the rules for housing magical youth. Although he is on an highly classified assignment for his job, Linus starts to blossom into his true potential and sees the world for what it could be. Yet, Linus faces a hard decision, do what’s right for the children or what society wants him to do. The House in the Cerulean Sea will leave you feeling refreshed and wanting more. I would highly recommend this book to anybody who is in a reading slump or needs a pick me up.