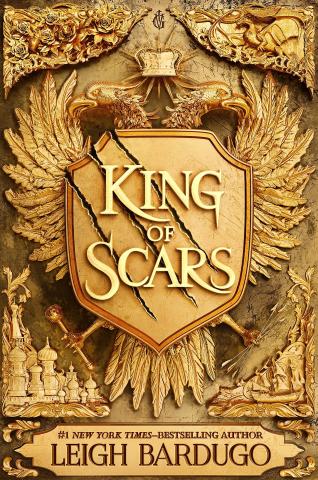 The dashing young king, Nikolai Lantsov, has always had a gift for the impossible. No one knows what he endured in his country's bloody civil war -- and he intends to keep it that way. But some secrets aren't meant to stay buried -- and some wounds aren't meant to heal. This is not really a book of spills and thrills, but its biggest triumph lies in its deep undercurrents, in the attention and care that Leigh Bardugo pours into her characters -- into their failures and successes, and their responses to trauma, threats, and uncertainties. Bardugo breathes vivid life into each one of her characters, and lays their hearts open to the reader, which is easily perceived through the multiple different point-of-views. As a result, there is a devastating sense throughout that the characters are being stripped down to their essence, revealed in all of their glassy fragility and heartfelt vulnerability. Fantasy, politics, inner-demons, and romance -- all used to support this novel through character development and unexpected turns in the story. The King of Scars duology is my favorite out of the entire Grishaverse series -- combining storylines and characters from both the Shadow and Bone trilogy and the Six of Crows duology. I absolutely loved this book, and would definitely recommend the series.