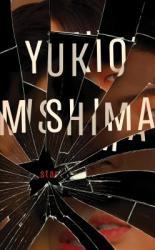 Rikio is a star and he likes the glamor, money and notoriety that comes with that lifestyle. His ears ring with the cheers, screams and exhortations of fans, mostly young women, who would kill for a moment with him. But it also means constant scrutiny, which has the 23-year-old celebrity struggling with his own anxieties and obsessions. What if those fans stop desiring him someday? The self-loathing star would rather be in character on a movie set than be himself.
Written shortly after starring in his first film, the late Yukio Mishima delivers a blunt, rich portrayal of a flawed young man lost between his public persona and private life. The novella, first published in 1961 and translated into English for the first time in 2019, is even more relevant now in today's 24/7 media landscape. Awards: Japan-U.S. Friendship Commission Prize for the Translation of Japanese Literature