Book Review: We Hunt the Flame 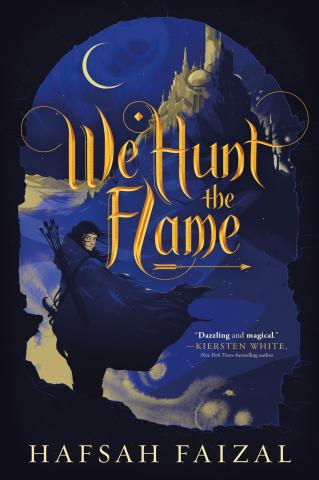 We Hunt the Flame is about a girl named Zafira who is forced to take on the role of breadwinner after her father died. She is a strong-willed, independent character who gets dragged into a quest to find a rare item with incomparable power. While she has noble intentions, the prince, Nasir, takes on a role of assassin as he fights to find the artifact before she does. I really liked the slow-burn romance throughout the book, and how Zafira's personality doesn't change as she falls in love. Nasir's character arc is a really important lesson too, as he struggles with a need for approval from his father, and the cost of that approval. The other characters were really interesting as well. The author did a wonderful job of describing each personality, so even though there were a lot of characters, I never got confused between them. Near the end, a lot of the action did muddle what I thought would be an epic conclusion to the book, and the plot twists at the end were interesting but not necessary. It was obvious that the author wanted to set up a plot for the second book, but it felt forced. However, the characters were likeable, not predictable, so you might catch me reading the sequel!
Grade 12