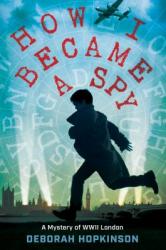 How I Became a Spy

On his very first assignment as a civil defense messenger in World War II London, Bertie Bradshaw finds the diary of a spy lying in the street. He eagerly reads about the young spy’s training and how she parachuted into France to assume her new covert role. Things soon begin to sound dangerous as one by one her fellow agents are captured by the Nazis. Then the diary suddenly changes into code.

Bertie decides to trust a gutsy American girl, Eleanor, and his best friend David, who is Jewish, with the secrets in the diary. In a race against time, they must try to decode the final messages and then track down not only the spy who wrote them but also the traitor who is leaking information to the Nazis - information so vital that it will affect the success of the invasion of France and the lives of countless allied agents.

I immediately felt affinity for Bertie because he is a believable thirteen-year-old, forgetting his helmet and his training at first but then gaining courage and confidence as the story progresses. Bertie is also struggling with what seem to be panic attacks, stemming from the bombing of his house and the separation of his family, which makes his determination all the more admirable. I also enjoyed Little Roo, Bertie’s trained rescue dog, who has more to do with the success or failure of the venture than you might think. 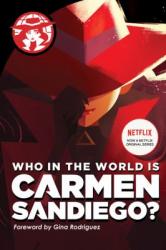 Who in the World Is Carmen Sandiego?

You may be familiar with the series and game, Where in the World is Carmen Sandiego?, but do you understand who she is? This book will give you the background on her. She is always one step ahead of her pursuers. How did she learn her awesome skills? Read this backstory and figure out how she came to
be this infamous and elusive criminal. 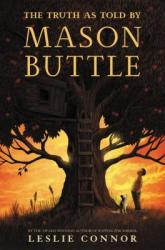 The Truth as Told by Mason Buttle

Not only can Mason Buttle barely read or write, he’s the biggest, sweatiest kid in his grade. His best friend was found dead in the Buttle family orchard and Mason’s relentlessly bullied. On top of that, Lieutenant Baird doesn’t seem to believe Mason’s story of what happened the day that Benny died. Life’s not going well. Join Mason and his new friend Calvin as they figure out how to escape the bullies. This heartwarming story of self-reliance and hope will encourage readers who struggle with bullying, friendship, and even learning difficulties. 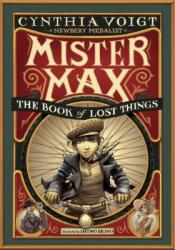 The Book of Lost Things

Max's parents have dashed off on an unexpected adventure and left their 12 year old son Max behind, alone...well, his grandmother is around to watch over him, but she is busy being a librarian. Max has to fend for himself and picks up a part time job as a solutioneer (sounds like engineer, but much more mysterious). His first task is to find a lost pet and this snowballs into many intricately involved adventures that will keep readers turning pages with anticipation to find out what this determined young man will do next. The Book of Lost Things, by Cynthia Voigt, is sure to please children 9 - 13 who enjoy a good mystery. 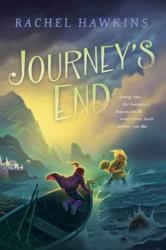 After her parents split, Georgia girl Nolie Stanhope finds herself spending her summer in a mysterious town called "Journey's End" in Scotland while her father investigates a mysterious fog (known as The Boundary) that's plagued the local village folk for centuries. Nolie is pretty excited - in addition to some sweet international travel, she's an avid ghost enthusiast, and feels like the summer might be promising in that department. And she is pretty immediately proven right! When Nolie and her new Scottish friend Bel see a weird dude walking down the beach, they think they've seen a ghost. Have they? And why is the Boundary suddenly moving closer to shore?

This was a pretty great MG ghost story. The setting is wonderful - Scotland sort of lends itself to mystery, and Hawkins imbues the village of Journey's End with a ton of charm, personality, and a touch of creepiness. Both of the lead characters, Bel and Nolie, were pretty well fleshed out with distinctive and likable personalities. Their friendship, while quickly formed, was believable and would be a great example for young girls. There's a bit of bullying and some exposition about the effects of divorce, so some important relatable issues are addressed. The Boundary itself is a fantastic and appropriately creepy mystery centerpiece. Really, my only complaint is that there was a ton of build-up to a mystery/ghost story that was pretty quickly and too easily resolved. But I'm a tough customer when it comes to middle grade reads, and overall, this one was pretty great so I'll go with the 4 star rating. I'll definitely be booktalking this one with sixth graders in the fall. 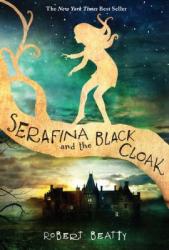 Serafina and the Black Cloak

Serafina is the Chief Rat Catcher at Biltmore Estate in Asheville, NC in 1899. She and her Pa secretly live in the basement, where he is basically the electrical engineer of the place. Serafina's presence in the house is a secret so she mostly traverses the estate through tunnels and doesn't go outside. One night, she witnesses a man in a black coat magically abducting a child, which changes everything.

I listened to this book, and the narrator didn't really do it any favors. Her Southern accent was pretty terrible, but thankfully, she kept forgetting to use it. Narration aside though, this book had some problems. The author took a cool premise and an even cooler setting and then wrote a really boring book. There were kind of two main things going on that should have been really interesting, but weren't. The first thing was the identity of the man in the black coat, which was painfully obvious from the start. Had Beatty done a kiddo type version of an Agatha Christie novel (these are the people at the Biltmore estate...and one of them is guilty of MURDER MOST FOUL), I'd probably be typing a really different review right now. Alternatively, he could've played up Serafina's secret a bit more, and that might have made things more interesting. As it was, even though there was a lot going on, nothing of importance ever seemed to really happen.

I also found myself getting annoyed by a fictional Vanderbilt named Braedan (weird name for a kid of Dutch origins in 1899, dontcha think?) who is a bit of a love interest. Every part featuring him was pretty painful as Serafina basically becomes a useless quivering mess when he's around. Blegh. Oh, and at one point, a character says something along the lines of "you don't call girls heroes, you call them heroines" which, just, are you trying to say that girls can't be heroes? Because if so, gross. I'm paraphrasing, but that's what I took away from the statement.

But on the other hand... look at that cover! Gorgeous.

If 1.5 stars was an option, that's what we'd be doing here. I liked the beginning, the premise and the setting, but wish the author had done more with the latter two elements.

The Thieves of Ostia: A Roman Mystery

When Flavia's neighbor's dog is killed, she insists on finding the culprit.

She gets help from her neighbor, Jonathan; freed slave, Nubia; and mute beggar boy, Lupus. Together these friends explore first-century Roman life and culture while solving an intricate mystery. Details of the time period are woven into the story seamlessly. But the friendships and dialogue are timeless and relatable. Every chapter is a cliffhanger and the action is non-stop in this excellent series (The Roman Mysteries). Some violent themes may be too mature for younger readers; I recommend these fantastic reads for nine to ninety. My whole family can't put them down! You'll be glad there are seventeen sequels.