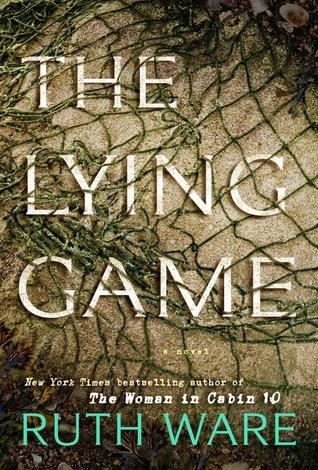 In this book, you follow four childhood friends (shown from the perspective of Isa Wilde) as the secrets of their past actions come back to haunt them.
I was intrigued by the premise of the story, but for the most part, the story was pretty boring and predictable. The concept of a lying game in the past was interesting and I was excited to see how would play into the story. The secret about what happened almost 20 years earlier seemed really overplayed to me. What actually happened didn't really seem as much of a big reveal as I thought it would be. The final twist at the end of the book wasn't anything special and I figured it out pretty quickly compared to other stories. The ending was anti-climactic; by the end of the story, I wasn't invested. The characters were fine: originally, they seemed relatable and human for the most part, but as the story progressed, I grew to dislike a couple of the main characters. Their actions seemed abnormal and irritating, and even within the context of the story, I still couldn't get over it. This could have been a better book, but the payoff wasn't there.
Reviewer's Grade: 11

Book Review: We Were Liars 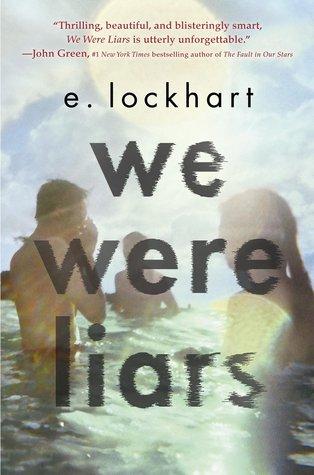 The average reviews for this book are lower than usual, but it really surprised me. The story felt like a true story and dystopian and fiction all at once, not to mention the plot twist. The setting of an isolated vacation island set the background for a unique storyline between a few families with dark secrets. I enjoyed the main characters' personalities too, though there were some comments they made about homophobia and racism that were kind of weird and sounded like the author didn't do much research about the LGBTQ+ and POC communities. It was very entertaining still, and I would recommend it if you need a suspenseful story to read quickly.
Grade 11

Book Review: And Then There Were None 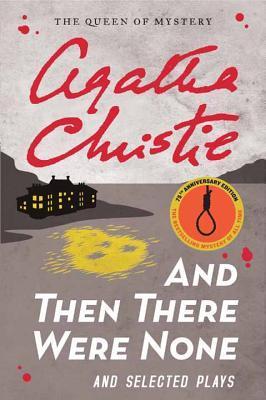 Title of Book
And Then There Were None
Author
Christie, Agatha
Rating
5 stars = Bohemian Rhapsody Awesome!
Review

And Then There Were None is one of the best that I have ever read. I loved watching the characters, especially because of the incredible detail that Agatha Christie used to describe them and their unique personalities. They all seem real to me. The book itself was ingenious, incorporating suspense and making every character a plausible suspect and a possible victim. I found myself turning back pages to get the facts again and again, without having a clue as to who was the murderer. I recommend this book for ages 13+ as all of the details and situations can be extremely hard to process.

Book Review: When You Reach Me 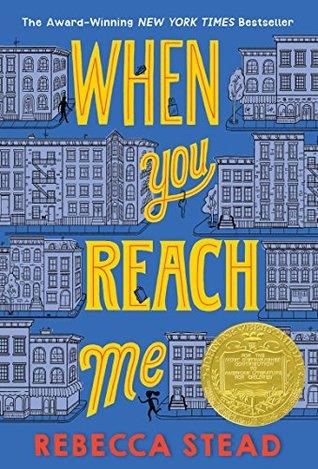 When You Reach Me is one of my favorite books of all time. It is such a compelling mystery from the perspective of a sixth-grader who is wise for her age. Miranda contemplates theories of time travel and the effect of the past on the future in a light-hearted manner that makes this story impossible to put down. I love every character and reading their dialogue always gets me to think about the importance of kindness and our relationships as humans during such a short time on Earth. If you love a philosophical mystery or are just looking to get out of a reading slump, give this book a try!

Book Review: There's Someone Inside Your House 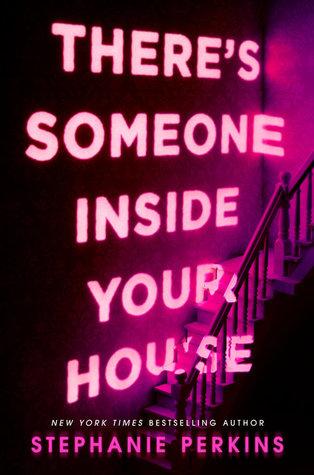 As an avid Stephanie Perkins reader, this book is not her best work but still worth your time to read. There was ample suspense as Makani Young navigated the unfolding of an active serial killer's crimes in a small town, with a fast pace to not bore readers. Similar to thrillers like One of Us is Lying, I was constantly changing my mind as to who the killer could be. Do we pay attention to Ollie, the typical loner, or even one of Makani's own friends? Unfortunately, the movie adaptation did not do this story justice. Do not waver from trying it out if you stumbled across the movie first! It's not the darkest thriller I've read, but still disturbing enough to introduce a passion for the genre and keep you up at night.
Grade 11 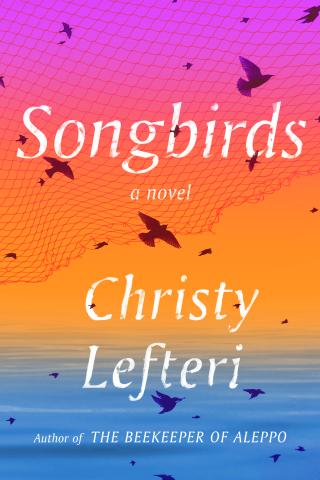 Songbirds is about the disappearance of domestic workers in Cyprus--women who had no choice but to leave their families in Sri Lanka or Vietnam or the Philippines and find work as maids in the homes of Cyprus's wealthy class. Nisha, whom the story centers on, is a Sri Lankan woman who has faced much loss. She comes to Cyprus, leaving her daughter behind, and becomes a mother figure for Aliki, the daughter of a somber, grieving widow named Petra. Though Nisha has such an impact on the people around her, especially Petra and Aliki, she is merely seen as a maid, overlooked, taken for granted. In a parallel plot line, Yiannis is a poacher who hunts songbirds for a living. He and Nisha have a secret relationship, which would jeopardize everything if discovered by Petra, and when he finally tells Nisha about the poaching, she is deeply disappointed in him, though Yiannis doesn't stop his senseless killing of songbirds. One night, Nisha goes missing. What ensues is a long, agonizing search in which the police refuse to do anything and Petra begins to realize that she relied on Nisha for nearly everything and didn't appreciate her while she was there. Petra and Yiannis team up, determined to find out what happened.
In my opinion, this story could've been told so much better. The metaphor of the songbirds was far too loud and became redundant and irritating. Lefteri could've more effectively woven together the plot lines of Petra and Yiannis without being so blunt with her metaphor. However, I did find it very interesting--and saddening--to learn about the missing domestic workers of Cyprus. Just as in The Beekeeper of Aleppo, Lefteri brings to light real issues that go beyond news coverage and should be talked about but somehow aren't. These maids are just as human as anyone, having sacrificed lives in their home countries for the benefit of their families. I would have enjoyed this novel more if the pacing had been faster and the plot hadn't been so repetitive; the characters also weren't the most likable.
I wouldn't necessary recommend this book, but the premise is worth knowing.

Book Review: One of Us Is Next 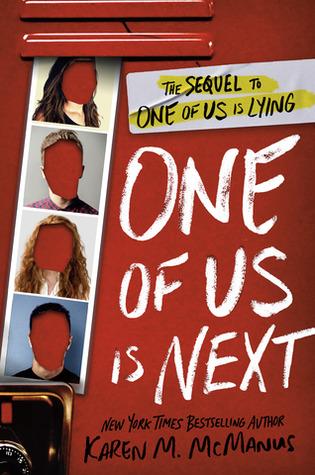 Title of Book
One of Us Is Next
Author
McManus, Karen
Rating
5 stars = Bohemian Rhapsody Awesome!
Review

This book is the sequal to One of us is lying. In this book, there is a person who would like to continue Simon's legacy. A boy who framed 4 teenagers in detention on his death. But, it's a game of Truth or Dare. You do a crazy dare, like kiss someone or get one of your deepest secrets exposed. It turns out, this is just based on a revenge plan from 2 people, looking to ruin someone's life based off of past incidents.
This book is AMAZING. It was just a good as the first book, if not better. It has a great story line and plot and truly does keep you intrigued the whole time. I loved this book and would rate it a 10/10.

Book Review: One of Us Is Lying 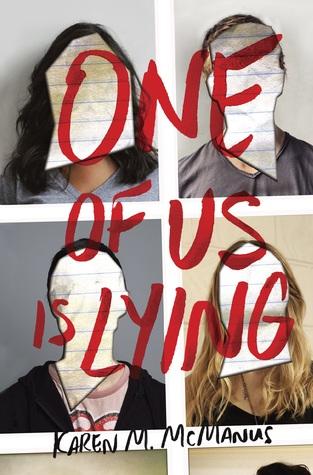 This book is about 4 highschool students who are in the classroom when another student dies. Since they are the only ones in the room, they are the ones who have to fight to prove that they are innocent and try to get their normal lives back. Throughout the book, each person gets framed at least once, with new evidence. You get a point of view of each person and others on who did it, and why.
This book was AMAZING! It kept me engaged the whole entire time and had me gasping at every plot twist. I know that alot of people have been posting about this book, but it is definitely worth the read. There is also a sequal, called One of us is next. I would rate this book a 10/10. 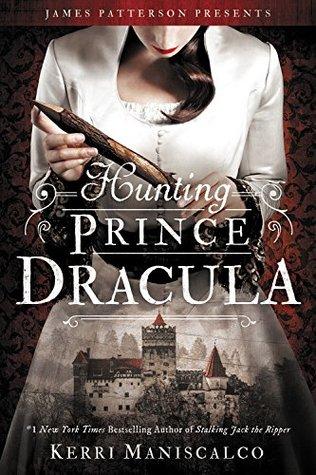 In the second installment to the Stalking Jack the Ripper series, this time we follow Audrey and Thomas to Romania, mainly to escape the grief and memories that London contains, but also to attend one of the best schools of forensic medicine. However, Audrey and Thomas are once again thrown into another murder mystery, this time facing Vlad the Impaler.
Even though the plot of this novel seemed interesting enough, like the first book of this series, I still couldn't find myself connecting to Audrey or Thomas at all. Both of them just seemed like the stereotypical cookie-cutter fantasy romance interests, with no dimension and no personality. While I enjoyed some of the interesting cultural legends and information about Romania, I felt like the novel was going way too slow. I couldn't find myself getting into it, and none of the characters really interested me and kept me focused on the novel. Once I practically forced myself to finish the book, I didn't find myself thinking about the book ever again. There was nothing interesting or unique about the novel and all the characters just seemed like the same characters that I've read about over and over again in the fantasy genre. The murder was also pretty generic and simple to solve, so there wasn't much suspense or build-up. Overall, I could see why some people would like this book, but it wasn't for me. 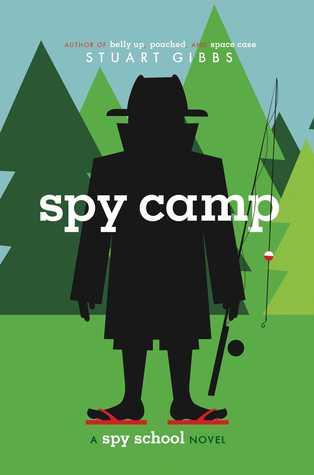 Spy Camp is the 2nd book in the Spy School series. During the summer, Ben Ripley is called to Spy Camp, with is basically the same thing as Spy School, but outdoors. While he is there, an evil organization called SPYDER offers him a deal. Join them, or be killed. Ben now has his life at stake. So he refuses. He now has to be on his every move. If SPYDER finds him, he knows the consequences. Will Ben be able to outsmart SPYDER again? Or will his vacation end in disaster.