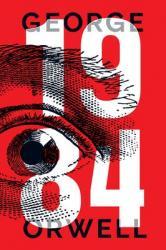 1984 by George Orwell is about a London where thought, speech, press is no longer free because it is all controlled by Big Brother and his Party. Every movement, gestor, spoke word is closely monitored by telescreens, hidden microphones, and cameras then reported to the Party. If you are found guilty of action or thought against the Party, you disappear. The Party controls everything. The protagonist, Winston Smith, a Party member who doubts the Party. The author does a fantastic job describing a place without freedom and the anxiety of living in it. Orwell makes the world come to life and makes you feel like it could happen. Personally, I feel like I could connect to the protagonist and the world. This book was quite unpredictable but easy to follow. All in all, It's a fantastic read, and I would recommend it with a 5 out of 5 stars.
Grade: 9