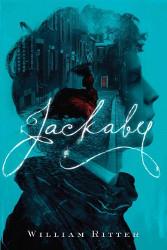 Nice idea, not especially well executed, but serviceable nevertheless. Penniless but daring young Abigail Rook is stuck in New England when she meets an eccentric private detective named Jackaby. He specializes in supernatural deduction using an ability to see what other people can't -- faeries, monsters, etc. He is also in need of an assistant. When a very odd murder occurs, Jackaby and Abigail are on the case. Who is the murderer? Can our heroes stop the killer in time to save innocent lives? And will we ever learn what Jackaby's initials stand for? At best, it's a really laudable middle-grade supernatural mystery. Unfortunately, Jackaby himself falls rather flat. He seems to be a collection of quirks and mannerisms borrowed from more famous characters. Abigail is by no means and ideal character, but she is independent in a way that many female protagonists aren't. There are several appealing secondary characters -- one of whom is a ghost -- who were a bit more unusual, but on the whole, this book does not have the most intriguing cast, although it does try very hard. The plot itself is reasonably interesting, but suffers from the same malady as the characterizations: originality, or rather, lack thereof. Anyone who's familiar with folklore (or has read Harry Potter) has a good chance at guessing the identities of the murderer and other characters long before the big reveal. If you want a lightweight, easy-read fantasy-mystery with some fun characters and fairly witty dialogue, you'll probably like it, but for really intense murder mystery fans, look elsewhere.
Reviewer Grade: 12