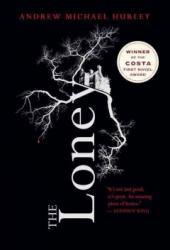 The Loney follows the story of 2 brothers Smith and his cognitively disable brother Hanny, known as the boy who does not speak, their family and their religious community as they take a pilgrimage to a religious shrine at the Loney, a bleak desolate part of the English coastline, in hopes of finding healing for him. This book takes place in the 1970’s and centers around a family and a tight knit religious community. It explores family dynamics, the tight knit relationship between the brothers, which I absolutely loved and felt was so strong, and between the brothers and their parents. Particularly their mom a religious overbearing figure who is definitely seen as not only the leader of her family but a very strong leader within the religious community as well often imposing her will on everyone. It also explores relationships between the religious community. Both among members and between the new more modern/ forward thinking priest and the parishioners as well as between the priest and the two brothers. The relationship study in this book, from a sociological and psychological standpoint is alone worth five stars.

But the Loney is more than just a sociological study, the Loney is also a desolate raw place riddled with secrets, rugged beauty and loneliness, a place time left behind. This is evoked perfectly in this quote describing the Loney.

“A sudden mist a mumble of thunder over the sea the wind scurrying along the beach with it's crop of old bones and litter was sometimes all it took to make you feel as though something was about to happen. Though quite what I didn't know. I often thought their was too much time there. That the place was sick with it. Haunted by it. Time didn't leak away as it should. There was nowhere for it to go and no modernity to hurry it along. It collected as the black water did on the marshes and remained and stagnated in the same way."

Eerie and creepy right! The sense of place and atmosphere that Hurley portrays here is so strong, that it’s like a a whole other character in the book. It slowly gathers itself around you like a invisible blanket and doesn’t let go. Add to that the tight writing, the slow burn of the story, the eerie terrifying conclusion, and the gothic dreary English coastline setting and you have the perfect fall read. Don’t expect a fast moving gore horror but if you like gothic creepy horror that slowly builds and creeps up on you, you will love this book! I highly recommend reading this beautiful piece of fiction! I cannot say enough about Andrew Hurley! No wonder Stephen King said this is a “great piece of fiction.” Hurley is definitely one to watch! You can put your copy of this atmospheric psychological suspenseful horror on hold today!