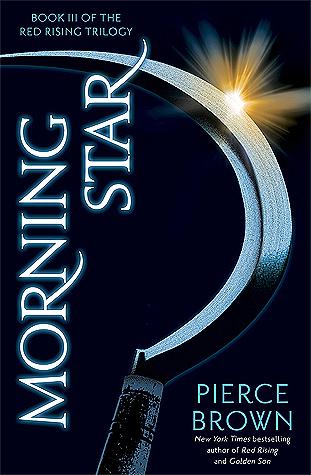 After a year being tortured by Adrius Augustus, better known as The Jackal, Darrow has escaped capture and resumed his campaign against the tyrannical rule of the Sovereign of the Society. But Darrow isn't the man he was a year ago: he's been broken down, dehumanized, and kept in a dark cell for over a year, and now has more doubts than ever. The people he thought were his best friends betrayed him, and the last time he saw the woman he loves, she was walking away from him after learning the truth about his Carving. While Darrow knows that he is likely the last chance at destroying the Society and bringing peace, his own self-doubts and struggles could be the thing that gets him killed.

Compared to the first two books of the trilogy, this book's plot is slower and admittedly, harder to get through. I did appreciate how there is more of a focus on Darrrow's growth from a teenager to a man, and his overall growth in shifting from fighting for himself to fighting for others and a better world for everyone, not just the Reds. However, the book is lengthy and I felt there was an unnecessary amount of "fluff" and plot points that weren't relevant to the overarching plot of the novel. The ending was nice (if not bittersweet), and I'm content with where each of the characters ended.