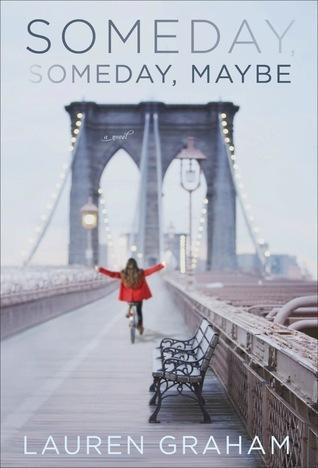 Lauren Graham, the charismatic actress, writes an endearing and entertaining story about the struggles of show business in her novel Someday, Someday, Maybe. Franny Banks is a frazzled young woman with big dreams of making it in New York City, but she finds herself stuck in an unfortunate cycle of disappointment, only booking the occasional commercial acting job. When she finally gets an agent, Franny thinks things are looking up, but instead she becomes consumed by a toxic acting culture and loses sight of herself. Graham tells Franny's story with wit and relatability, conveying hard truths through sarcastic, sometimes hyperbolic observations, complete with Franny's amusing inner commentary and scribbly, sketch-filled planner pages. This novel could be a rude awakening to those who wish to pursue the acting industry or show business, but the truths it tells about life are important. Sometimes we forget what's best for ourselves when trying to please others. Sometimes failure can lead to the unexpected. And sometimes things don't work out like we hoped they would.