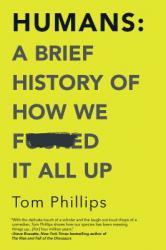 Humans: A Brief History of How We F---ed It All Up 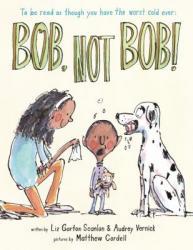 For the parent, teacher or librarian who loves a good read aloud that can only be done with "the voices" - this is your book. A boy with a cold in his head calls for his mom, but it sounds like "Bob," and of course his dog, Bob, comes running instead. Hilarious situations will tickle reader and listener alike in Bob, Not Bob! by Liz Garton Scanlon and Audrey Vernick with pictures by Matthew Cordell. For ages 3 - 7. 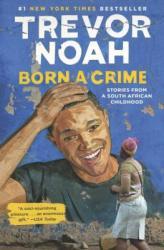 Trevor Noah's autobiography, which focuses on his childhood in South Africa, gives audiences a funny yet insightful look into life in South Africa before and after apartheid. The book is also a compelling mother-and-son love story. Noah's astute and comedic storytelling makes "Born a Crime" is a very smart and enjoyable read. 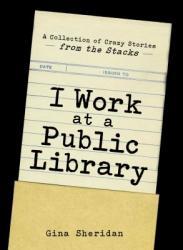 I Work at a Public Library: A Collection of Crazy Stories From the Stacks

Of course I loved this book since I too work in a public library. Most of the stories, I have experienced from time to time. And could probably add a few! But I am so glad, that no one has ever taken off their shoe and asked me if their foot was inflamed or infected!! LOL! Now that I have said this, it is probably going to happen. But anyway, this is a great book for anyone who wants to know what it is like to work in a public library. Along with the crazy, funny stories, there are some nice ones where someone's life was changed for the better because of the library. That makes the job at the Reference Desk worth it! 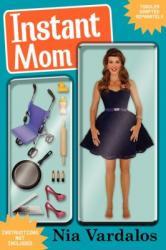 Fans of Vardalos get a behind the scenes look at her (generally not-so) glamorous Hollywood life -- and a personal tale about her struggles with infertility and foster-adoption that transformed her in to the "Instant Mom" of the title. While most parents on this journey don't have to negotiate with the entertainment press, Nia's story is funny, sweet, and deeply relatable. She is currently an Adoption Ambassador for the Adoption Council of Canada (and the book does include some information for those starting their family adoption journey) but the story stays close to home, close to the heart, and is a charming personal tale of her family's origins. 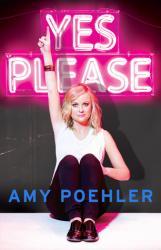 I don't recommend this book to anyone completely stressed out. Amy Poehler is crazy busy and manic in her daily life. That's fine for her, but I was reading it during a stressful/manic period of my life and it wigged me out. Although it's a bit scatterbrained, it is a good book about her life with some very famous improv groups and tv shows. 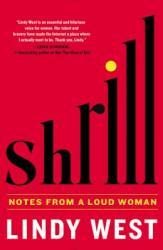 Shrill: Notes from a Loud Woman

If you aren't familiar with Lindy West, she is most famous for being a feminist on the internet... which is a lot harder than it sounds. After writing for The Stranger (Seattle's version of The Independent), Lindy went to work for Jezebel, where she became internet famous for writing about women's issues unapologetically. Because the internet can be a terrible place, and because she is not only a woman, but a fat woman, this led to her getting trolled on an EPIC level. Google "Lindy West trolls" (or, you know, just read this book) and prepare to be horrified. Shrill is the story of how all of it happens.

This was, by far, my favorite non-fiction read of 2016. It definitely blows away any other funny lady memoir I've ever read (and I LOVED Amy Poehler's and Tina Fey's books). West talks about really important issues (body image, puberty, abortion, sex, love, feminism) in a frank but funny tone. I listened to the book with my husband, and the narration (done by West) makes the raw moments more powerful and the funny moments more hilarious - it was spot on. We found ourselves stopping the book every 15 minutes or so to discuss. Lindy takes on rape jokes, fat shaming and internet trolls with a touch of vulnerability and a ton of hilarity, and I DARE you to try to read this book and not learn something about humanity in the process. 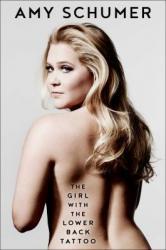 The Girl with the Lower Back Tattoo

For whatever reason, I've read a lot of comedian/actor memoirs in the last few years, and this one has pretty similar fare as to what you'd find in, say, a Mindy Kaling or Tina Fey offering. For me, it's in the middle of the pack in terms of quality (Bossypants > Lower Back Tattoo > either of Kalings's books), but was still an interesting, funny listen. It's part anecdotes, part advice, part social commentary, and part random page filler. For instance, one chapter is her fictional funeral rider, which, while it was kind of funny, was mostly a waste of my time. In this book, Schumer's at her best when she's a little raw - telling a sad/funny story and just letting it be what it is.

Even though I mostly enjoyed the book, the editing was not so great. Schumer calls part of the female anatomy by the wrong name for the entirety of the book. I can't believe that no one noticed that. Also, she was constantly saying "remember earlier in the book when" which you know, yes, we do remember, we're capable of basic memory recall. The persistent references to earlier chapters made me think that she maybe thought this book was going to be read by 8-year-olds or something when they were clearly not the target audience.

I mean, if I learned anything from this book about Schumer herself, it's that she's kind of a ridiculous person. For example, in one chapter, she talks about her "genetic predisposition" to black out whilst drinking, and then she lists the drinks she would normally have on a night out in college:

It's not genetics, Schumer, it's the martinis.

With that being said, I do admire her courage in telling stories that were real and painful for her, especially since those stories might offer some solace for people in similar situations, or may help young women avoid those situations entirely. I also like that she's found a cause (gun violence, particularly as it pertains to women), and she isn't shy about sharing the facts or her opinions in the book. Overall, I found the book to be an enjoyable listen, and it helped pass the time on a longish car trip. 3 stars. 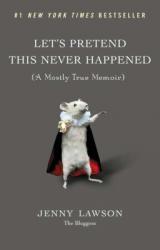 Jenny Lawson’s memoir is heart wrenching and laugh-out loud funny, especially if you have been touched by friends or family dealing with mental health challenges. I listened to it in the car and nearly drove off the road laughing.
Jenny knows she has problems and this is her story of how they carved out the details of her life – from her taxidermist father to Victor, her husband, and everything in between. Her stream of consciousness storytelling style is perfect. I could relate to, and actually picture, the absurdity of many of her stories. It was enlightening to see life through the eyes of the person dealing with the severe anxiety, depression and other quirks, and not just from an outsider’s viewpoint, thinking “What’s WRONG with you?”
I felt better knowing there are others that are dealing with the same mental health issues and that my family and I are not alone. You will probably put your family back on the normal and sane spectrum after reading this. I didn't care for some of the language that was strewn through the book, but it is part of the culture.

This was a good way to be distracted on my runs. I didn't find it to be laugh-out-loud funny, but it was somewhat engaging, which is good enough for my needs.

Our Dumb World: The Onion's Atlas of the Planet Earth

Lies That Chelsea Handler Told Me

Let me just say that I cannot understand why anyone would want to work for Chelsea Handler. My God, I'd be in hell. It was entertaining but not hilarious until the chapter about Standards and Practices and the chapter written by her dog. This makes me want to read another book by Chelsea herself. This one was written by her cronies.

Me of Little Faith

A very funny book. I kinda was expecting an atheist viewpoint, but the author was a bit more nebulous about the existence of God. But more importantly, this was a very funny book.

This book was hilarious. It's the book I wish I was clever enough to write. At one point I was laughing so hard I was crying. It might very well be the funniest book I've ever read. I highly highly highly recommend this book! Oh, and it's sweet and sad, too. But mostly funny. Did I mention it was funny?