Book Review: The Truth Is a Cave in the Black Mountains 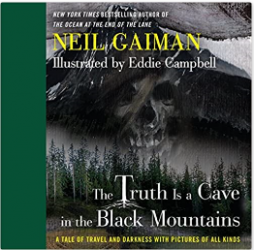 Title of Book
The Truth Is a Cave in the Black Mountains
Author
Gaiman, Neil
Rating
4 stars = Really Good
Review

As I’d realized in previous works of Neil Gaiman’s that I’ve read, he excels at (at least) two things: short stories and fairy tales. One could argue that the latter is a subset of the former, but longer works like Stardust cause me to separate the distinction. Perhaps this book was made all the more magical by its audiobook production. Not only did the author himself read it, but it was accompanied with some great atmospheric music to enhance the mood produced by Gaiman’s words. I missed the illustrations this book sports, but I think the words can speak for themselves.

In terms of a fairy tale, The Truth is a Cave in the Black Mountains manages to contain the usual flare of morality and truth against a backdrop of riches and mysterious wonder. I’m almost surprised there aren’t more authors writing modern fairy tales as Gaiman has since there is a precise formula here that Gaiman has consistently used to create these fantastical narratives. After all, most fairy tales are trying to teach something intrinsically human, and this one touches on the oft-repeated moral of greed versus the consequences of obtaining wealth.

Of course, much like Gaiman’s other “fairy tale” works, this story is intended for adults. Sure, traditional fairy tales are gruesome and are used to scare children into submission. Regardless, the lesson contained in this story is something most adults need to hear. We all love the idea of the “get rich quick” scheme, but there are often secondary effects that we overlook when we head out to seek our fortunes. Perhaps if the more adult aspects were toned down a little, it could be used to teach children about these moral pitfalls before they encounter them, instead of after the fact.

Another superb adult fairy tale, I give The Truth is a Cave in the Black Mountains 4.0 stars out of 5. 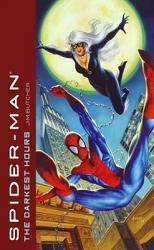 Peter Parker is all grown up and is now a teacher. But his Spidey senses go haywire when siblings of one of his most dangerous enemy's are in town seeking revenge. The are part of a powerful race known as the Ancients. Peter is warned of an ambush by none other than the cat burglar turned good, Felicia Hardy - aka Black Cat. These beings are so powerful that Dr. Strange refuses to help him. This is the traditional Spider Man tale. Only the trial and tribulations of being a high-schooler are replaced by the trials and tribulations of adulthood. 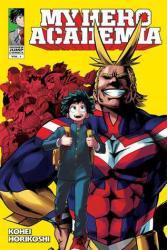 This book takes place in a world of super-humans where people are born with unique abilities called quirks. The main protagonist in this story is Midorya Izuku, a teenage boy who looks up to a superhero named All Might. Midorya’s dream is to become a strong hero like All-Might, but he becomes discouraged when he is told it is impossible because he was born with no quirk. 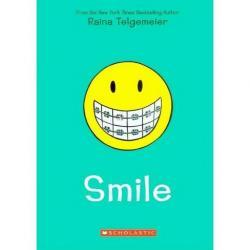 Smile is one of my favorite comic books. It goes through the author's struggle with her teeth after a traumatic accident while she has other struggles in her daily life such as friends, crushes, insecurities, and fake friends. Over time, she learns to accept herself and come into her own, and smile. She grew to be a confident, happy teenager. This is definitely a book I would recommend to anyone, and a book that I have and will read over and over again! 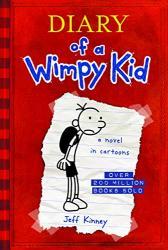 This book is very relatable for pre-teens. It shows how a young boy (with a big ego) thinks he's stuck in school going nowhere. This book really focuses on all the characters. And shows how hard middle school can be. It also shows how were able to work through any of our problems. Overall it's a really great book for young minds. 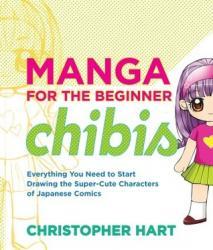 This book is good to start with for someone who is new at drawing anime. It gives simple step by step instructions on how to draw cute chibi characters. It helps the reader draw expressions and poses. There are also examples of how to draw chibi animals. There is also a chapter on how to draw furniture and objects. This book is easy enough for kids to follow. Chibi art is a good style for children to draw in. Kids might like this book because the characters are adorable. 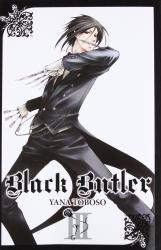 Black Butler is about a 13 year old boy who makes a deal to give his soul to a mysterious demon butler named Sebastion. Black Butler takes place in Victornian- Era London. The main protagonist Ciel is born into the wealthy Phantomhive family. He loses his family when his house is allegedly set on fire and he is kidnapped. When Ciel meets a demon named Sebastion, he agrees to make a deal to give Sebastion his soul when he dies, and in return, Sebastion will protect him. Ciel lives with Sebastion as his demon butler as a servant to protect him and one day have revenge for his family. 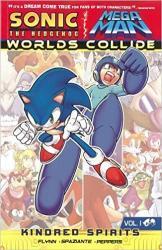 This is the first part of a twelve part series. It’s a story that combines two video game characters: Sonic and Megaman. It compares the similarities and differences between Sonic and Mega Man. The art style is detailed and nice. Each panel has a lot of detail and expression. It’s very consistent. It is interesting to see both Mega man and Sonic’s worlds put into one book. There is a lot of action and humor. This book would be good for audiences of all ages to read. 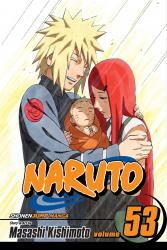 Volume 53 of Naruto stands out from a lot of other volumes. This book gives the reader a backstory of how the main protagonist Naruto, a strong ninja from the Hidden Leaf Village grew up, and where he came from. This book shows the reader details about Naruto’s past. This book has great and detailed illustrations that show the reader a lot of expressions. The art helps the reader understand how the characters feel and relate to them. 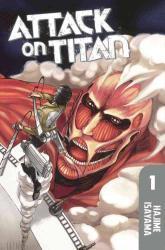 Attack On Titan is about how a boy’s life changes when he loses his family to titans. The main protagonist is a 15-year-old named Eren Yeager who lives with his sister and parents until one day, his village is destroyed by giants called titans. After Eren’s mother is eaten by a titan, Eren decides to avenge her death and become strong enough to kill titans. This book is awesome because of the illustrations and interesting stories.