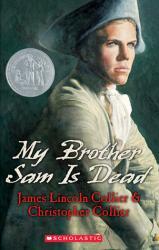 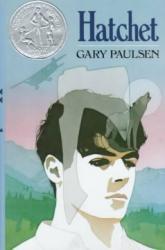 This book was very fun to read, it left you on the edge of your seat. It is a fairly short book. The story line has a fast pace. I would recommend this book to a more advanced reader. It is a riveting survival story centered in the Canadian wilderness.This book is now one of my favorites.
Reviewer Grade: 7 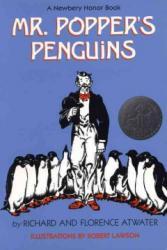 This absurd book was a fun read. I enjoyed the humor and outrageous premise of the book. Mr. Popper makes many sacrifices for his family of penguins, but the sacrifice is worth it. This book has won many awards and is a classic at my school. I especially enjoyed the unique ending to the satisfying story.
Reviewer Grade: 7

Book Review: A Wrinkle in Time 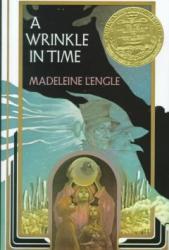 A Wrinkle in Time is an interesting story about three children, Meg, Charles Wallace, and Calvin, who go on a perilous journey to rescue Meg's father. He had been missing for a very long time, and Meg was just starting to lose hope. However, in the middle of a dark, stormy night, an old tramp invites herself in and tells the children the truth about his disappearance and the shocking truth about where he had gone. Now Meg and her friends must travel across universes, planets, and even time to rescue her father before it is too late. Will they succeed in saving her father or will they suffer a terrible fate instead? Find out by reading A Wrinkle In Time. It is a very good book.
Review Grade: 7 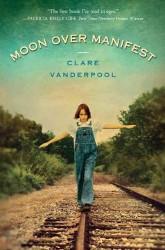 This book definitely deserves its Newbery Honor Award. It tells an intricate story about a girl moving to a small town called Manifest in a captivating way. At the end of every chapter, I was left wanting more. The author didn't tell you everything and you had to piece the clues together. I liked that there is a point of view of someone during WWI because usually books are set in WWII. I recommend this book to anyone who likes historical fiction.
Reviewers Grade:8 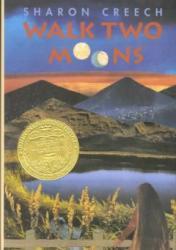 On her way to Ohio to find her mother Salamanca, and her grandparents journey across the country to get there. On the way Sal tells the story of Phoebe Winterbottom a peculiar girl she met. I rate this a 5/5. The hidden messages really gives this book depth. Such as the irrationality of Phoebe, but also how Sal can understand her friend. They don't have a perfect relationship, which makes it very realistic. I recommend you read this, it's filled with suspense, action, and drama you won't be able to put it down.
Reviewer Grade: 7 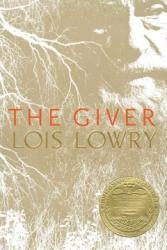 Jonas lives in a perfect world, but when he becomes the Receiver and is transferred memories from the past, he soon realizes that there are some serious issues with the way his "perfect world" is being run.
It was cool to see Jonas, the main character, grow and develop as a person.
In the beginning, he was as ignorant and naive as the rest of his peers, but he eventually matures and becomes aware of the problems around him.
The way Lois Lowry described surroundings were very clever. For example, (this is a bit of a spoiler) Jonas's world was in only black and white and I didn't realize it for a very long time because the author didn't outright say it; that made me feel Jonas's confusion when he first sees color.
It was really interesting reading about how Jonas's city functioned and what its rules were- it was very different from ours.
The novel gave me a lot to think about; it made me wonder how much bad things we can eradicate until the eradication itself becomes a bad thing. The line between good and evil becomes more and more blurry the closer you get.
The Giver is a nice book to read and I recommend it!
Reviewer Grade: 8

Book Review: When You Reach Me 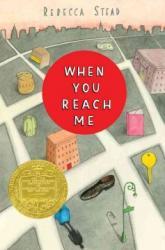 Sixth grader Miranda Sinclair started receiving strange letters that somehow predict the future. After she got more and more letters, Miranda was determined to solve the mystery behind them.
The novel really conveys the feeling of normalcy; it seems like the every-day life of an ordinary middle schooler, but when the future-predictions letters are added into the mix, it feels surreal- almost dream-like.
It got a little confusing in the middle for me because I couldn't understand why the characters were doing what they were doing, but it all gets brilliantly explained at the end. The way it all tied up was wonderful and worth all of the confusion; the ending really was the best part.
The characters were all like ordinary people I'd see everyday, which gave me the feeling that I was reading realistic fiction rather than science-fiction.
Their personalities weren't typical and they weren't just generic personalities (e.g., a a mean popular girl or a nerdy unpopular kid).
Reading When You Reach Me was a roller-coaster (especially the last part!) and I really recommend it to everyone.
Reviewer Grade: 8

Book Review: Jacob Have I Loved 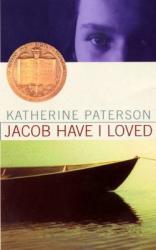 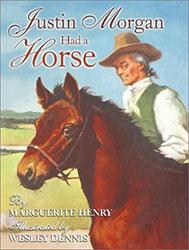 I liked this book because it was very catchy. For instance, at the end of a chapter, it left you at a cliffhanger. For example, Little Bub, later called Justin Morgan, was about to run in the biggest race in his life, and then the chapter ended. Also, it was a great book for kids because it didn’t have too much detail about the Morgan breed, but it still gave you the feel of the great horse.

My favorite character is either Little Bub or Joel, the main character. I liked Little Bub because he was such a good runner and puller and because of his funny little neigh. Joel and Little Bub became fast friends partly because of that neigh, and as the author describes it, “like the sound of a bugle.” His ability to run so fast helped the schoolmaster (Justin Morgan) to pay off his debts. I liked Joel because of his determination, like when he served for his state in the militia, to help care for the horses. He worked odd jobs in peoples houses to get much-needed supplies, such as water
pails and blankets. Also, I admire Joel in his hopefulness and patience.
For example, he had expected a letter from the schoolmaster and he waited for months. He stayed hopeful, and finally the letter came! Another example was that when the stranger bought little Bub, he didn’t give up looking for him, and he finally found him!