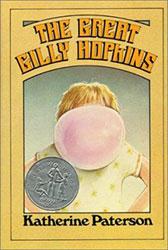 Dead End in Norvelt is a very good story about a boy named Jack Gantos (the author gave the character his own name as it is a somewhat true story) who lives in the 1960s in a little town called Norvelt, founded by First Lady Eleanor Roosevelt. When Jack is grounded for the summer for using his dad’s WWII binoculars to watch a war movie at the drive in that he couldn’t go see, and then proceeding to accidentally shoot a WWII Japanese rifle at the screen, he receives an unusual chore as a punishment: typing obituaries for old Miss Volker across the street. Jack is told that it was Miss Volker’s duty to Mrs. Roosevelt to type the obituaries of all of Norvelt’s original citizens before she moves away or passes away. While busying himself typing the obituaries and having to spend the rest of his time in his room, he still manages to go on strange misadventures with his friends, family, and neighbors involving a two seater airplane, a plastic skeleton, cornstalks, dead rodents, poisonous mushrooms, Hells Angels, a Halloween costume, Girl Scout cookies… and murder? This is a one of a kind book, so I can’t really recommend it to people who like a certain genre, however, if you are looking for an unusual, funny, interesting, and sometimes creepy murder mystery book disguised as a realistic fiction novel, Dead End in Norvelt is a great book for you.

The giver, is a story about a tyrannical society in which a system called "Sameness" is used. That system irradiates all color, terrain, and climate from its community as well as all the memories from its population. Following Jonas, the Memory Receiver, or the person who stores all memories of a time before Sameness, this book takes rapid turns and can get a bit confusing at times but is all in all a wonderful story of a unlikable situation.

Book Review: Bomb: The Race to Build- And Steal- The World's Most Dangerous Weapon

Everything they probably taught you in middle school, but WAY more entertaining and fascinating! Steve Sheinkin wrote textbooks and then vowed to make it up to us with engaging narratives of history. The espionage, the intrigue, the science, and the implications of it all kept me returning to this Newbery Honor book. The many facts with which Sheinkin presents the reader are accessible as well as interesting, and the use of original photographs puts faces to names and gives perspective to the devastation caused by the weapons. Excellently cited, Sheinkin paves the way for researchers and history buffs young and old to continue their reading on this fascinating time in our nation's past.

Oh, Kate DiCamillo, you have done it again! Flora is a little girl, a cynic in fact, but the day that her neighbor Tootie vacuums up a squirrel and he comes out with magical powers her cynicism is shaken to its core. Ulysses, as Flora names him, is a sensitive superhero of a squirrel who has a penchant for poetry and is always hungry. In fact, Ulysses is responsible for all kinds of wonderful things, including bringing Flora closer with her mother and father, and giving her a healthy dose of optimism.

Lovely, short comic strips flesh out the major action in the story. All in all, a heartwarming tale that will engage listeners and readers alike.
Younger children will enjoy listening to this story, say first to second grade. 4-6 graders will be able to read this on their own.

Book Review: The One and Only Ivan

This was such a great novel. So sweet and life affirming. I loved Ivan and Ruby and wanted them to be happy. I thought the novel might have gone a darker route, but I'm glad it didn't. A sweet, quick read.