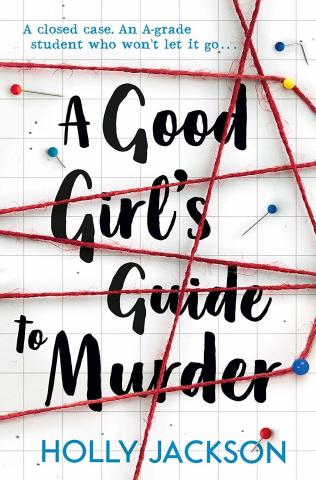 A Good Girl's Guide to Murder is a surprisingly dark and complex book. The main character, Pip, decides to investigate a "solved" murder in her town from five years ago, one that she is very close to. She teams up with the alleged murderer's brother and slowly unravels a well-hidden mystery. The book's organization made an otherwise-complicated crime easier to understand. You would read a chapter, then Pip would summarize the findings in her capstone project diary entry. This information was backed up with occasional maps and diagrams as well. Although I did get lost at some parts with there being so many names, I appreciated there being enough suspects that it was impossible to figure out the mystery until the characters did. Pip was clever and eloquent, so her handling of this personal investigation didn't take away from the story. Not to mention her friends along the way, who were pretty well-developed side characters. If you think the pacing is slow for the first part of the book, keep going!
Grade: 12