Book Review: One of us is next 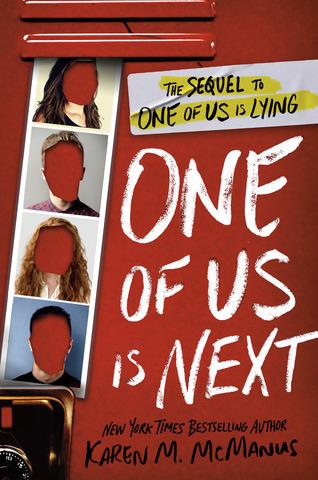 Title of Book
One of us is next
Author
McManus, Karen M.
Rating
4 stars = Really Good
Review

The Bayview Four, the four pupils Simon falsely accused of being the cause of his death, are no longer together, and their younger classmates and relatives are forced to play a new round of gossip-filled Truth or Dare. One year has passed since the events of One of Us Is Lying, and a game of Truth or Dare has begun. However, this isn't your typical Truth or Dare. This game can be deadly. Accepting the dare could be risky, even fatal while telling the truth might reveal your deepest secrets. This sequel had a mixed record as far as success goes. First on the list is Phoebe. It's true if you decide not to play. Phoebe’s secret is dark and it keeps her relationships and family messed up until the very end when the truth is spilled. Maeve then enters the scene, and she ought to know better than always taking the dare. However, things have become dangerous by the time Knox is ready to be tagged. The dares have turned deadly, and Maeve has learned that she cannot rely on the authorities for assistance after what happened to Bronwyn last year. or security. Although Simon is no longer with us, someone is committed to preserving his legacy at Bayview High. And the regulations have altered. The only thing I didn’t like about this book was the ending, so many things were left untouched like relationships and the truth or dare game that I feel like there must be a third book.