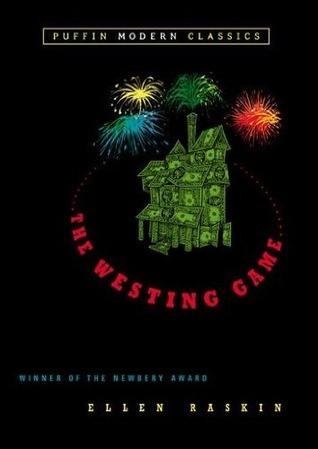 The Westing Game is a fun, murder-mystery that follows 16 unlikely people working together to solve a mystery of "who-dunnit?". To sum it all up, this book is about a deceased man named Sam Westing, who planned a gathering for all of his distant relatives at his hotel to play a game that will uncover who murdered him. Sam Westing had said in his will that the very person who murdered him is one of the 16, and whoever had figured out who did it, would win the game and be the heir to his fortune. I liked this book because it was very fun trying to solve the mystery along with our characters and to see all of the different perspectives and thought processes of each of them. I did often find some of the characters frustrating to deal with, however, because they didn't try to work together and only tried to solve it for themselves. If I were to give this book a grade out of 10, I would give it a 7.