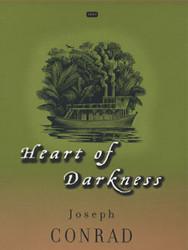 Actual Rating: 2.5
Heart of Darkness is a classic book by Joseph Conrad that is deep, heavy, and somewhat disturbing. I probably would have given this book more stars if it were not for the immense amounts of dialogue and a maddeningly complex storyline. I did find what the book was actually about interesting, however, trying to follow along with what was happening with all the detailing and talking practically made my brain come out my ears. So, in spite of the complexity, I will sum it up as best as I can. Here’s basically what happens: The book begins with the narrator (presumably an unnamed sailor), along with several others, listening to a man named Marlow tell a story on board the Nellie, a sailing vessel. Marlow tells them a story about when he was a young man working a job as an ivory transporter on the Congo. Through an ivory trading expedition, he develops an interest in a man named Kurtz, who seems to have a godlike power over the natives. Through talking to several others, he discovers three main things about the mysterious Kurtz: that he is in poor health, that he has tons of ivory, and, according to one source, that he may be trying to steal the manager’s job. Marlow and some of Kurtz’s acquaintances then take a boat to bring relief to the man, but are attacked by the natives. They later learn that the natives attacked them because they were worried that Kurtz would be taken away from them. I will not give away any more as it may ruin the story, but it is a somewhat tragic one. I would recommend this book to people who like books that are deep and thought provoking, and can comprehend complex plots and conversations.
Reviewer Grade: 7 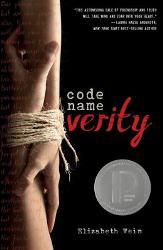 This book is about Verity, a spy imprisoned by the Nazis during WWII who agrees to write everything she knows down for them, just to buy time. I found the format very interesting in this book. Although it was slow and seemingly pointless at the beginning, the little details all come together in the end to complete the story. Even though the ending may appear predictable, it is pulled off in a surprising way. I liked the characters in this book; most of their personalities were well developed and there were some plot twists about them revealed later in the book. 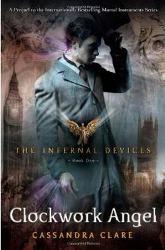 Clockwork Angel by Cassandra Clare, is a pretty interesting novel. There are a lot of different scenarios taking place for the main character named Tessa, who is also trying to find out who she really is along with finding her brother, Nate. A majority of the book is taking place at the institute, which is a place where not so normal people are taken to. This book has many different fantasy-like aspects from demons, shadow hunters, downworlders, vampires, etc. I thought it was a pretty good book and super fun to read, though it's somewhat long for some. 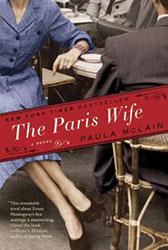 I loved this book. I felt like I was right there in post-WWI Paris amongst the Lost Generation and the great writers of that time. Having studied literature in college, I appreciated the insight into the mysterious personalities of Ezra Pound and Gertrude Stein. I also liked the way the author portrayed the Fitzgeralds. While this is a work of historical fiction, it was based off of detailed research and correspondences of that time. I've never been a fan of Hemingway's works, and honestly I'm still not a fan, but Hadley was fascinating. It's telling that his second wife is just a flash in the pan, while Hadley is regarded as his great love. I've got A Moveable Feast on my list to read now

The Breadwinner is an excellent story about a young girl named Parvana and her family living in the Afghanistan that was under rule of the Taliban, an extreme religious group, from 1996 to 2001. Parvana and her sisters and brother and mother and father used to live in a giant house before it got bombed and they had to move to war torn Kabul. They scraped by for a long time by living in a one room house and her father selling some of their old things and reading and writing for others (most people there can’t read or write) with Parvana’s help in the marketplace. When her father is kidnapped by the Taliban soldiers because he went to England for his education and supposedly has “foreign ideas”, the family has no one to work for money, as the Taliban forbid women to leave the house without a man. Their solution- cut Parvana’s hair and dress her in her dead older brother’s clothes so she can go out and work for money. The book goes on to describe her many adventures working in the marketplace and doing strange odd jobs such as digging up human bones and trying to sell cigarettes and gum at what she thinks is a soccer game but is really a gruesome event. I would definitely recommend this book to people who are interested in world conflict and fiction based on relatively recent events. Overall, a really good story.

I honestly was not expecting this to be as good of a book as it was. I guess I was thinking it would be more like Treasure Island (which I didn’t like too much). It actually turned out to be a really good story about a twelve year old girl named Charlotte Doyle who has booked a voyage with two other families on the Seahawk ship to return home from her school in England to see her family. Charlotte then discovers that the two other families have mysteriously cancelled their trip, making her the only girl on the ship. She then has many adventures on the Seahawk with the shipmates and the cruel Captain Jaggery involving a silver dirk, storms at sea, muskets, round robins, watery coffee… and possibly murder. I highly recommend this book to anybody who likes historical fiction, books told in diary form, books about seafaring, or is just looking for a good book to read.

Belle Epoque is the name given to late 19th-century Western Europe, especially France. It describes a time of social and technological innovation as well as a certain level of moral depravity. As you may have discovered, it is also the title of this book. Belle Epoque is about Maude Pichon, a poor girl from provincial Brittany who comes to Paris seeking adventure, glamour and opportunity. Through a series of financial misfortunes, she is forced to become a repoussoir, a beauty foil: a physically unattractive woman who is paid very well to accompany a rich woman in order to make the client look better by comparison. Maude leads a double life, spending her days accompanying wealthy young Isabelle at dances and operas, her nights spent visiting the bohemian music halls. This life takes a severe moral toll on Maude, even as she makes more and more money. Eventually, she is forced to choose between what is easy and what is right.

I really enjoyed this book. The characters were appealing and generally well-developed, although there were occasional slight inconsistencies in character behavior. Costume details are lovely, and it is easy to connect with Maude's awe and astonishment at the way her wealthy clients live. Due to the nature of the main character's occupation, topics such as physical appearance and self-worth are frequently broached. As a result, anyone who has ever felt, ugly, unloved, or simply unable to measure up will understand what Maude and the other repoussoirs feel and, like Maude, will realize how awful the repoussoir trade really is. The writing style is easy and simple, and the author manages to tackle difficult subjects like the nature of beauty without it feeling too heavy-handed, and the book itself retains a generally pleasant, light feel throughout, despite the darkness of certain moments. My only real complaint is that the chapters are often very short, only two or three pages, and as a result, the plot sometimes feels episodic and choppy. Other than that, it was great. Ultimately, it communicates an uplifting message of inner beauty, positive self-worth, and the importance of pursuing your passions and being true to yourself. I highly recommend this book to anyone who is looking for an easy, quick read that still has substance and a very satisfying ending.

This novel tells the story of two girls, Dewey and Suze, who grow up during World War II. Dewey is good at math, just like her dad, but Suze's talent for art sometimes puts her at odds with her scientist parents. Both girls' parents are working on something secret for the government called "the gadget," but that's about all they think they have in common. This novel is one of the best I've ever read. It takes turns following each girl and her life in Los Alamos. Occasionally I found myself not caring for and even disliking Suze, but eventually she makes a decision that makes her character much more likable. This is a classic coming of age story, but by taking unexpected turns it makes its message much more meaningful and heart wrenching.

Les Miserables was one of the most boring books I've read. I chose this book because my mom told me that there was a movie about it and the new musical. Well I bought it and I almost fell asleep. I mean if you like the classics then go for it but if you're more of an action or adventure person then this could easily put you to bed. the historical facts we're seen clearly in this book but if you a lot about French history then this book is easily predictable.