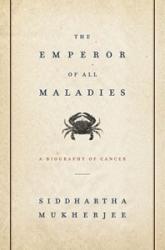 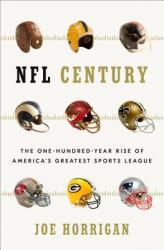 NFL Century is a book about the lengthy history of the National Football League. Joe Horrigan gives a brilliant overview from the earliest days of the NFL to now. This book is also not just about the history but about the rise of American football to the pinnacle of American sports. The author beautifully describes how football overthrew baseball as America's favorite sport. I loved this book because I am a huge football fan and I was happy to learn to more about NFL history. I would highly recommend this book if you enjoy reading about sports or history. 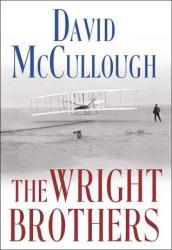 Wilbur and Orville Wright changed history in 1903 when they successfully built the first heavier-than-air powered machine that could fly and carry a pilot. Many people are familiar with the Wright brothers, but few know the full story of their quest to build the first flying machine and prove to the world that they were not far-fetched fanatical dreamers. Writtenusing Wilbur and Orville Wright's letters, diaries, technical data books, documents, proposals, and private family papers, this book gives great insight into the curiosity, intellectual ability, diligence, and determination of the brothers. This book is well-written, readable, and exciting, yet still incredibly factual. I highly recommend this book for anyone fascinated with aviation, engineering, or the quintessential American spirit. 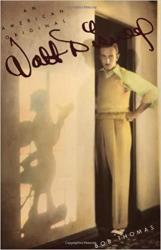 An American Original Walt Disney by Bob Thomas is a masterful biography which tells the story of the man who created Mickey Mouse, along with one of the largest entertainment franchises the world has ever seen. It describes how Walt started as a small-town cartoonist, went through bankruptcy, had his work stolen, and even borrowed money on his life insurance to make his ideas become reality. It was fascinating to see how things like Disneyland and Mickey Mouse originated. While some biographies are extremely dull, this one captivated me from the start. It is written in a way that makes it easy to experience what Walt and his company are going through, whether it is success or failure. Entertaining as well as factual, this book is one of my favorite biographies. I would give this book five stars and would recommend it to anyone who would like to read about one of the most interesting men in the world. 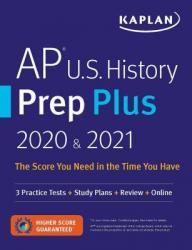 I knew that AP US history would be a difficult class with lots of information. Since the beginning of the school year, I've been trying various resources to see which will prepare me the most for the APUSH exam. From browsing YouTube channels to finding online practice tests, I haven't found a resource as valuable as this book. Another helpful piece to this resource is that, with the book, you can access the online website. On the website there are even more quizzes over the various units. I am so glad I found this resource and I am certain it will help me a lot when it comes time for the big test! I strongly recommend. Grade 11 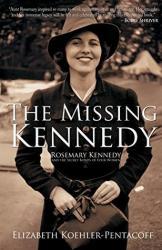 Tragedy ran deep in the Kennedy family--so much so that some people even questioned if the family was cursed. Rosemary Kennedy was born in 1918. At the time of her birth, the hospital was overcrowded with victims of the Spanish flu. The nurse, who though perfectly capable in assisting Mrs. Kennedy to give birth, urged her to wait until the doctor could come. The baby, Rosemary Kennedy, was forced back inside her mother's birth canal for two hours by the nurse during the wait. This irregular birth led to lifetime consequences in Rosemary. She had learning disabilities. Despite this, she was pushed equally as hard by her parents. Rosemary never made it intellectually past the fifth grade level. Her condition affected the Kennedy family because at the time people with disabilities were seen as having a "bad gene" and were not even allowed to receive the sacraments or eucharist at the catholic church. As Rosemary's condition worsened, her parents were desperate to fix her before she "ruined" her brother JFK's political career. This story is unique because it sheds light on a member of the Kennedy family whose tragic story eventually brought positive change in how to deal with the disabled. 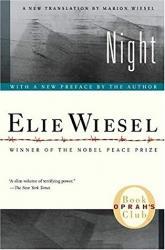 Night by Elie Wiesel is a powerfully graphic novel that tells the story of a Hungarian Jew's experiences in various concentration camps within Nazi Germany during World War II. I really enjoyed this book. It was very well written and hard to put down. This book not only tells of Wiesel's experiences in concentration camps, but provides insight into psychological and philosophical ideas that make it even more interesting. Wiesel was just a teen when he and his family were sent away. He and his father were separated from his mother and sister and underwent an immense amount of trauma that was life altering for both of them. I'd recommend this book to those interested in World War II. The book is a quick and easy read with deep, profound content. 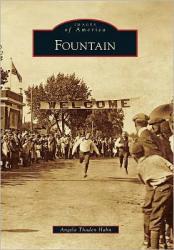 Living, working or driving by a community, one can take for granted that each location has a history or story to tell. Since I've been working at Fountain Library for the past two months, I decided it was time to learn about its history. Orignially, it was home to tribes of Ute Indians that roamed and lived off the land. Around the time of the Civil War, Rhode Island native, Thomas Owen found some well water acreage in an area aptly named "Fountaine qui Bouille" which translates to "The Fountain that boils." What follows is a pictorial history of how this community developed, from farming to ranching, and train transporation of goods, to the arrival of "Camp Carson" that was built during WWII. Like every other town, Fountain has a rich history and long time residents that are proud of their community, including the author who is a native in the neighboring area. A recommended read if local history is your cup of tea.

Book Review: American Sniper: The Autobiography of the Most Lethal Sniper in U.S. Military History 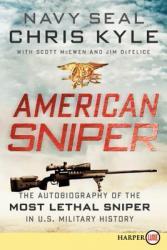 This book is phenomenal! American Sniper is the autobiography of Chris Kyle, a U.S. Navy SEAL and the most effective sniper in United States military history. Chris Kyle writes honestly about the brutality and pain of war and the toll it took on him and his family. This book is absolutely captivating and unforgettable. Everyone who reads this book will become appreciative of the United States Armed Forces and will gain a glimpse of their courage on and off the battlefield. I highly recommend this book for everyone. 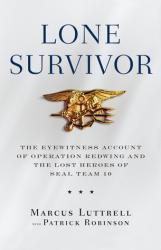 This book is incredible! Lone Survivor is the firsthand account of Marcus Luttrell, a Navy SEAL, who served in the Middle East. In an attempt to kill a notorious al Qaeda leader, Luttrell and his team are ambushed leaving him as the only survivor. Lone Survivor shows the courage, bravery, strength, and valor of Marcus Luttrell and every other Navy SEAL. This book is truly inspiring and will make you grateful for all of the US Armed Forces. I highly recommend this book for everyone.