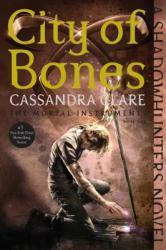 In the book City of Bones by Cassandra Clare, just 16-year-old Clary Fray and her best friend Simon head out to the New York club called Pandemonium. While there, Clary witnesses a murder committed by three teenagers. But, the peculiar part of the murder is that the person dissolves into nothing. As the next few days progress, Clary Fray becomes thrown into the Shadowhunter world and all of their politics and problems.

Cassandra Clare really hooks her reader in the first few chapters of the book. Not only does she create funny and engaging characters, but she also mixes so many worlds and makes it all sensical and realistic. The New York City world also blends quickly with the Shadowhunters, werewolves, faeries, vampires, and warlocks. All in all, I would totally recommend this book, it’s highly enticing. 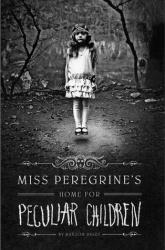 Miss Peregrine's Home for Peculiar Children tells the story of a teenage boy called Jacob, who, after witnessing his supposedly crazy grandfather die, is led by his last words to the island of Caernhome, where his grandfather grew
up in a foundling home. Jacob discovers that maybe his grandfather wasn't as crazy as everyone thought, and that all the stories he told about children with magical powers may actually have been true.
I did enjoy this book, but some of the characters felt a bit flat and the plot wasn't as good as it could have been. A large section in the middle, during what would be the "trials" in the "Hero's Journey," was mostly just Jacob playing around with the peculiars and not really doing much. The book was still an interesting read, though, with a creative premise, and I look forward to reading the sequels to see where the author takes them, and if he develops the characters
more. 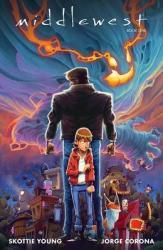 After Abel's mother left, he was forced to live alone with his toxic father. One night during a fight with his dad, Abel discovers that his father's anger issues correlate to a destructive power that he might have just inherited, so he runs away with his talking fox. The novel follows him as he travels through a dystopian land and meets many people, friends and foes, along the way. Although the story is fantastical, it explores very adult themes; Middlewest offers a raw coming of age story while diving into challenging family relations, as Abel attempts to find his own identity. This series addresses difficult problems that many people face through the lens of a magical world. Each aspect of the story is wonderfully done and cannot receive enough praise; the novel expertly tackles difficult human problems and inner turmoil. The art by Corona is also captivating and a fantastic visual of what Abel feels throughout the story. This graphic novel and the entire Middlewest series is genius and executed beautifully and should be at the top of everyone's must-read list. Reviewer Grade: 11 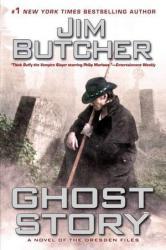 After Dresden becomes a ghost, he goes back to Chicago to help his friends. Dresden struggles to acclimate to being a ghost and being unable to directly help his friends. Although this book starts off slowly, it quickly picks up
to a climactic end. This book adds new depth to the supernatural world Jim Butcher has created and continues to tie past character into the story. This book adds a refreshing change to the series by mixing up the style of storytelling through Dresden's more passive role in the story. Although Butcher's style of adding a ticking time clock to every story feels quite repetitive, this book was still entertaining to read. 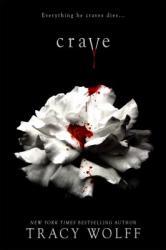 Crave is about a girl who must move to a school where not everything is as it seems, after her parents die. This school is full of creatures. I absolutely loved this book. It is a very thick book that I had to finish in one day, that's how good it is. The characters are so fun and the whole book is interesting. There comes a time when it seems like it will get boring, but then come the plot twists that make it so much better. The romance between the main characters is amazing and always keeps you guessing. Overall this book is so good and I would recommend it to anyone who wants a teen romance/ supernatural book. 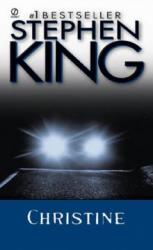 I love Stephen King and cars, so when I found out there was a book by Stephen King about a car, I had to read it. The book “Christine” by Stephen King is about a couple of 17-year-olds and a '58 Plymouth Fury named Christine. When I first heard about this book, I thought it would just be about a car that went around and just killed people. However, it's more than that. I mean, yes, people do get run over by Christine, but there’s also ghosts and people getting possessed. Also, there’s a really cool car chase between the Fury and a Camaro, which I thought was awesome. Overall, I would highly recommend this book, and it’s a lot better than the movie plot-wise.

Book Review: All the Impossible Things 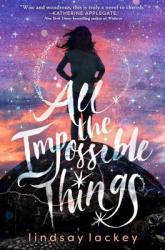 This was a 2020 All Pikes Peak Reads teen selection. This is a very good book. It's fast paced for the subject matter and the characters are engaging. I think the 'impossible' message in this book is inspiring, but may have been dealt out with a heavy hand. But that's okay. I liked the magical realism as well. Overall, I would recommend this book. 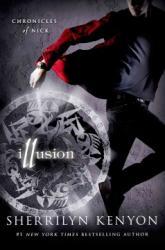 Nick's life can't get any worse. Besides the fact that he's the son of a demon destined to destroy the world, he's also wanted by every supernatural being one can think of. This time, his soul has been separated from his body and thrown into a different dimension, and if Nick doesn't find a way to get back to his original realm and body, his army of demons are going to destroy the world...with or without him.

This book is the fifth book in an eight-book series, and honestly, it's my least favorite thus far. The plot is less fantastical and more mellow, and there's a lot of new characters that are introduced that makes it a little hard to follow. Otherwise, I still enjoyed it. As always, Nick is hilarious and as charismatic as a demon can get, and we get a glimpse into his more complicated relationships (his relationship with his father for example). I believe most importantly, the book showed Nick's more vulnerable side than the preceding books in the series. Now that he's inherited all his powers, I'm excited to see how life turns out in the Nick universe throughout the last three books!

Turning sixteen is not what Nick Gautier anticipated. The most wanted demon in the world, he's constantly in trouble; whether it's fighting off demons, dealing with a murderous girlfriend, or simply navigating high school, Nick's life is everything but normal. With his father dead, Nick thinks he's safe, but now there's a bigger problem: someone is hunting him down and trying to enslave him, and he has no clue who or what it is.

This book is part of a series and each one gets better and better! I like the elements of preternatural beings mixed with everyday life. Nick is very relatable (besides the part that he's half-demon), and he's hilarious as a character. Each chapter brings new surprises and will leave you wanting more.

I also really like how Nick has grown as a character throughout the series. While he's physically growing older, he's also mentally maturing, and you can see that through his decisions and choices.

Overall, this series isn't just entertaining: Nick teaches us about making selfless choices for those we love and that choosing good is always better than evil. 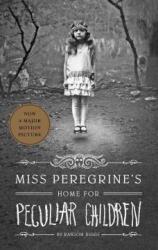 Jacob's grandfather has always told crazy stories. Stories about faceless monsters and kids with mysterious abilities. When he was younger Jacob believed these stories because his grandpa had scary pictures of these strange kids, but as he got older Jacob thought these were just little kid stories until a family tragedy brings one of those monsters from his childhood to life. This tragedy gets him to travel to a small island off the coast of Whales, where he begins to discover more about his grandpa the peculiar children from his stories.

The atmosphere that the author created for this book was amazing. You can feel eeriness of the things that Jacob sees through the pages. It is only enhanced by the pictures of strange things scattered throughout the story. The unique characters and idea held my attention completely and the fast-paced plot made me think it was over to soon. This book is part of a long series that I can't wait to continue!