Book Review: Under the Banner of Heaven 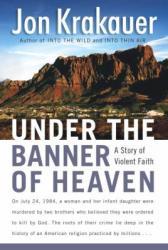 Wow. If there was anyway to just completely rile me up, it was to read this book. Which means the book was really good. I've known just a little about Mormonism from some kids I went to school with and such, but the fundamentalist side of it was alien to me (aside from polygamy). I really makes me wonder about the human condition and the types of religion it accepts, even if it seems like it's being accepted blindly. Great book, and written with more of the facts in mind, rather than a bias.

Book Review: Missoula: Rape and the Justice System in a College Town 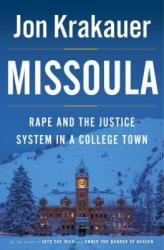 Book Review: In the Sanctuary of Outcasts: A Memoir 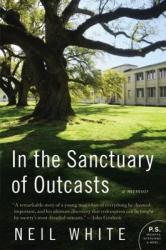 Book Review: Empire of Deception: The Incredible Story of a Master Swindler Who Seduced a City and Captivated the Nation 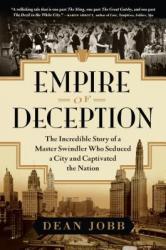 Leo Koretz was a con man operating in Chicago in the 1920s - he was basically like a 1920s version of Bernie Madoff. His crimes have faded into obscurity, so Jobb has decided to tell his story. Leo's story is juxtaposed with that of Robert Crowe, the would-be political climber who was sort of responsible for chasing Leo down and prosecuting him.

I listened to this book, and while it starts off pretty slow, it picks up when Leo starts his swindling, and stays somewhat fast paced and consistently interesting until the very end, when the author reveals the fates of all of the "players", and I didn't really care. I read somewhere that this book reads like a "fiction" book, and I wouldn't really agree with that statement - while it was interesting and paced considerably more quickly than many non-fiction books, if a fiction book spent several minutes/pages outlining the costs of jewelry that a con man gave to his wife (boooooooring), I'd throw that book across the room. Basically, this book was meticulously researched, but at something of a cost - there were a lot of details that felt pretty superfluous, and the details often interrupted the otherwise somewhat narrative flow of the book. I also could've done without the Robert Crowe parts...while Leo was a "real piece of work", Crowe just seemed like a massive jerk. All that aside though, it was a fun, fascinating listen. I liked it - 3 stars. 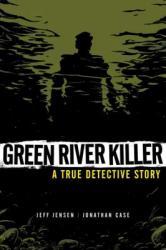 Book Review: Smoke, Mirrors, and Murder: And Other True Cases 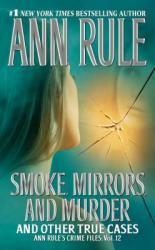 I love watching true crime on tv and decided to finally read a book in that genre. I chose Ann Rule because she was the queen of true crime writing. This particular book was a compilation of some of the stories she had written about. I was engrossed right away and couldn't put it down. I now know why Ann Rule's books are so popular. In the first story "The Deputy's Wife", she survives her ordeal, but it was scary reading about it. I like that Ann added resources for victims of domestic abuse at the end of this story. The other story that I am still thinking about is "The Truck Driver's Wife". I won't give details, but it truly is a mystery!

Book Review: God'll Cut You Down

I am a fan of true crime, but I have never actually read a true crime book. I just watch alot of Investigation Discovery! I read several reviews of "God'll Cut You Down" and they were all positive. So I had to read it. What an intriguing story about a murder in Mississippi. John Safran was able to convey what living in Mississippi is like - the haves, the have-nots, politics,etc. It made me sad and afraid to realize that people are still upset over the Civil War. That really stuck with me. But the story of Richard Barrett and Vincent McGee is still a mystery as to what really went on and what lead to murder. I just wish we could know about their secret lives and if that was the real motive behind the murder. A really great true crime book! I couldn't put it down!