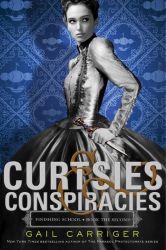 Curtsies and Conspiracies follows Sophronia Temminnick, a girl who just finished her first semester at deadly finishing school. The new semester brings fresh battles, hardships, and fun! When there's a fancy ball in London that all the girls want to go to, Sophronia is skeptical. What could be there that's worth it? The plot of this book is filled with twists and turns, and you should definitely check it out! 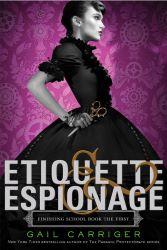 The book, Etiquette and Espionage, follows the teenage, mischievous, unladylike Sophronia. Her mother deems her manners unfit, and sends her off to finishing school. As she quickly learns, this "finishing school" isn't what it seems. The school is an academy for spying and deadly maneuvers. Throughout her first few weeks and months, Sophronia makes friends with some colorful characters, and learns that life might not be all manners and fun. This book is packed with adventure and will make you hang on to the edge of your seat! Try it out, there'll be some plot twists and laughs all along the way. 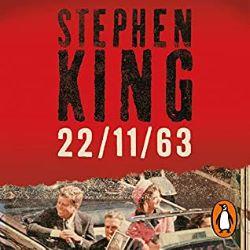 22/11/63 by Stephen King is about the Kennedy Assassination, and time travel. I really like stuff about time travel and alternate universes, so this book sounded pretty interesting. Basically, an English teacher named Jake gets to go back in time, and ends up changing history. I would recommend this book to anyone who likes Stephen King, time travel, or finds the JFK assassination interesting. I will say though, that while I really enjoyed this book, and think it’s good, it’s definitely not Stephen Kings best work.

Book Review: Under the Lilacs

The book, Under the Lilacs, is a heartwarming story that everyone of all ages would enjoy. It follows Bab and Betty, two young girls living with their mother. While out on a picnic with their dolls, the girls find that someone has stolen their cake. They find that the culprit is a dog-and the dog belongs to a boy named Ben. After learning that Ben is alone without a guardian, Bab, Betty, and their mother take him in. Ben is mischievous, but well mannered and fun. Throughout the rest of the novel, Ben finds a place inhis new home, and though there are struggles along the way, it's ultimately a happily ever after. Under the Lilacs by Louisa May Alcott is an amazing book that you should definitely try!

Book Review: Where the Crawdads Sing 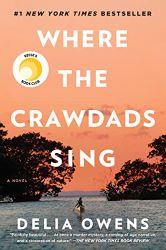 This book takes place in North Carolina and follows the life of a girl named Kya. Kya has lived alone in the marsh since a young age and has always loved the life within. The book follows her as she grows up and the challenges she faces. Then her life takes a drastic turn when she is accused of the murder of Chase Andrews. The book deals with themes of love, loneliness, and more.

This book was pretty good, but outside of what I normally read. That said it was a very interesting book to read. It reminded me of To Kill a Mockingbird because of the trial and theme of prejudice. Kya was such a unique character to follow with her lifestyle and how she acted. It was easy to cheer her on during the trial or feel her pain. It was fun to follow along with the trial and see the evidence. That said, I didn't rate this higher because of the twist at the end. The twist caught me off guard and it wasn't one I liked. I felt it went against some of the points made in the book. Although I know some people really loved this book. So this is one of those books you should read for yourself and see what you think. You might really like it or you might not. Either way, I think this book did a good job of showing Kya's world and life. 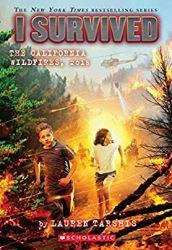 Josh and his mother travel to California to see Josh's cousins, Nicole and her daughter, Holly, who run a reptile shelter. At first, he doesn't think he'll like Holly, because she's so different from him. And while Josh loves basketball, she doesn't even know any famous players! But when disaster strikes, and he and Holly are trapped in a wildfire, he learns that maybe she isn't so different after all.

Even though I put four stars, I think that this book deserves 4.5 out of 5. This is quite possibly my favorite book in the I Survived series, that I have read so far. The only thing I didn't really like is that it was too short. This book is a great read for long road trips, because it is very entertaining, and it is also rather quick, so you won't have time to get bored of it.

Book Review: I Survived The Destruction of Pompeii, 79 A.D. 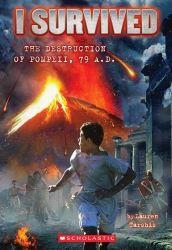 Marcus is a slave in ancient Pompeii, working for the despicable Festus Julius, who is having a party to see the upcoming gladiator match. Marcus thought he would never see Tata, his father, again after he was sold to someone else. But when he sees the people that the champion gladiator would fight, he also sees Tata. Can Marcus save his father from the arena and still survive?

This book had a pretty good story, although it could have been more enjoyable if it were longer. I enjoyed Marcus' quick thinking, the descriptions of Greece, and what it would be like to live there. However, I did notice that Mercury, the Roman version of Hermes was mentioned, even though the book is set in Greece. I would read this when you are bored, because it does get to the action pretty quickly, and you can read it in less than a day.

Book Review: I Survived the Sinking of the Titanic, 1912 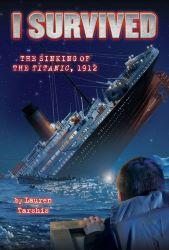 George has always been on the lookout for adventure. And so when he and his sister Phoebe start to travel home on the Titanic, he goes to explore every inch of the massive ship. But when the Titanic unbelievably starts to sink, and Phoebe is nowhere to be found, George must save her. George knows he won't give up, but will he be able to help his sister without ending up dead himself?

This book is a short read, but it is very interesting to see George's thoughts and feelings as the ship sinks. I like the way he doesn't panic, at least not a lot. I would recommend reading it when you are waiting for something, because it keeps you interested throughout the entire book, and it is only about 100 pages. 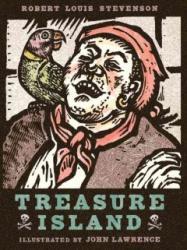 Treasure Island by Robert Louis Stevenson is an amazing book filled with suspense and action to no end. It follows the story of a boy named Jim Hawkins, whose life takes a turn after buccaneers turn his quiet inn life upside down. He is whisked on a voyage after learning of a "treasure island". After overhearing a conversation between some of his most trusted friends, Hawkins has to find a way to fix the voyage-and stay safe! Treasure Island is filled with twists and turns that will certainly keep you on edge for the whole book! Check it out, you'll definitely enjoy it.