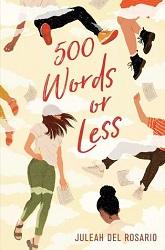 500 Words or Less is about Nic Chen, a girl now hated by her high school after cheating on her beloved boyfriend. Nic is trying desperately to salvage her senior year, when she stumbles upon an opportunity to write admission essays for her frighteningly ambitious peers. As she writes and learns more about the people around her, she begins to understand how much she needs to learn about herself.
This book is almost entirely in verse, which is interesting. In some parts, it's basically a normal book, just put in a more vertical format. Other times, the structure really benefits the prose, and the beautiful writing lends to the more whimsical medium. The book was almost entirely sad, and crossed into heartbreaking at the end, making it great for catharsis. Although the story itself was fairly standard high school drama, the underlying currents of mental illness, grief, and acceptance lent it a lot of weight. The book made good use of repetition and symbolism to represent cyclical thought, and had some good twists, especially one at the end that was really gut punching. The main characters were really well fleshed out, especially some side characters that helped make the story less one note. The main characters conflicts also felt very realistic, and made her sympathetic despite many of the things she did.
All in all, this was a good book. I would recommend this to anyone who likes poetry, drama, and lots of introspection.

Book Review: Out of the Dust 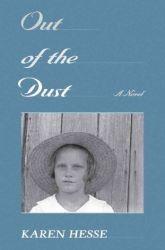 Out of the Dust by Karen Hesse is a historical fiction novel set in Oklahoma's Dust Bowl and during the Great Depression. It follows Billie Jo, a young girl as she struggles through the Great Depression and the Dust Bowl. During the book, Billie must endure heart-wrenching experiences that no one should have to go through. The author does a bewildering job of illustrating the struggles of the Dust Bowl and gives you a new perspective on this historical event. The Dust Bowl is no longer a page in a history textbook but a story that will break your heart. I would wholeheartedly recommend this book with 5 out of 5 stars. 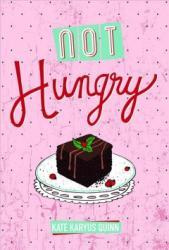 The book Not Hungry it's about a girl, May who has an eating disorder because she feels fat. Little dose she know that the popular football boy watches her throw up her food. May's sister has a boyfriend who thinks he's better than everyone else. This book will leave you wondering what will happen as May try's to stop her eating disorder. This book is a short book that you can finish in a day. If you are sensitive to eating disorders, and throwing up i wouldn't recommend this book for you. Overall this is a great book! 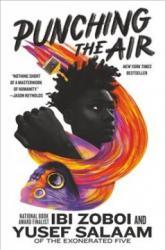 This book is about a boy, Amal Shahid, who gets treated differently
because of his race. He had always been smart, artistic, and poetic, but
because of biases in his school, his good work is ignored and he is only seen
as disruptive. Everything goes downhill for him one night in his
neighborhood. A group of white teens and a group of black teens fight and he
is caught in the middle of them. He is caught in the middle and is charged
guilty of a crime that he didn't commit, and he is sent to prison. This ruins
everything for him, including school and college plans. I think that this is
a really interesting and informative book, but it uses a lot of slang
language and harsh language such as swearing too, so younger ages should be
aware. 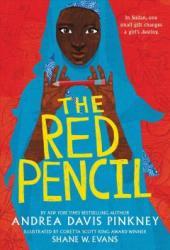 I actually analyzed The Red Pencil as a choice book for English class, but I really enjoyed it. It's told through a series of first-person poems, rather than the standard prose, which I liked because it helped me go deeper into the main character's perspective and her feelings about the things that were happening to her. The book tells the story of Amira, a twelve-year-old Sudanese girl whose village is destroyed by the Janjaweed as part of the Darfur conflict. She aspires to go to school where she can learn to read and write, and, among her numerous trials, finds relief through her art. The book is a work of fiction, but pulls from many stories that Andrea Davis-Pinkney gathered from real survivors of the Darfur conflict who faced similar challenges to Amira. The Red Pencil is very well-written and effective at evoking emotion and empathetic responses, and it provides the reader with insight into a life very different than the typical American's. I would definitely recommend it to anyone. 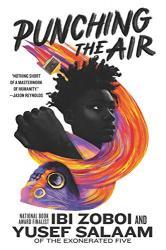 Yusef Salaam is one of the "Central Park Five", young men of color who were incorrectly accused of raping and beating a woman jogging in Central Park in the late 80s. After the five had served their sentences of 5-15 years, they were exonerated when the real culprit came forward. This book is clearly heavily inspired by Yusef's story as it tells the story of Amal, a teen in prison for a similar crime that he did not commit. It starts with the conviction and then moves into Amal's experiences in a juvenile detention center.

Every year, there's a book that I promote really heavily in classrooms. This will definitely be that book. It's so good. So sad. So spare in that way that only books in verse can be. It takes a while to read, because sometimes you just kind of have to sit with it for a while to process it. It does such a great job of illustrating just how deeply flawed and racist our "justice" systems are. I dare you not to empathize with Amal. I can't wait to share this important book with everyone I know! Also, like, that cover y'all. So pretty. And it's relevant to the story! Anyway, consider this required reading, especially for all the folks trying to "read woke". 5 stars.

Thanks to Edelweiss and Balzer + Bray for the eARC which I received in exchange for an unbiased review. Punching the Air is out 01 September - put your copy on hold today! 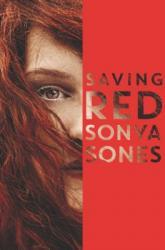 Saving Red is about a girl named Molly who is trying to finish her community service hours for school and to do that, she is helping do the homeless count for her city. Here is where she gets her first glimpse of Red, a girl who cannot be much older that Molly herself, on a sleeping bag and twitching and screaming throughout a bad dream. Molly gets a sudden feeling that she needs to help this girl. A friendship soon develops between the two girls because Molly wants to help Red get back to her family. That is until Molly discovers that Red may need more help than Molly originally thought. Molly is motivated to help Red because of past guilt. Molly soon learns that Red is not the only one who needed saving.

This book is one of my personal favorites because it is so interesting, and it keeps me wanting to read it. The book is written in verse so it is really easy to read and it was quick to finish. Saving Red is a very heavy book so I would suggest this book to high school students and mature middle school students.. Whats cool about this book is that every poem could be read on its own and still make sense. This book was really good, super quick, makes you think and leaves you wanting more.

Book Review: Letters to the Person I Was 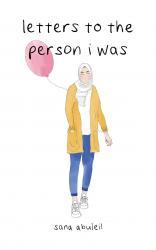 Letters to The Person I Was is a pretty recent book published on February 25, 2020. The genre of this book is poetry and for me I did have to re-read some pages because poetry is a little hard for me to understand. This book consists of poems on the past, present, and future with reflections on experience, forgiveness, and self-love. The book is basically about what she wish somebody would have told her as a struggling little girl. I on some level do relate to this book in a way because I have dealt with pretty painful stuff in my past and I’m the process of forgiveness and learning how to live myself. I 100% percent would recommend this book to anybody who ask about this book.

Book Review: The Dark Between Stars 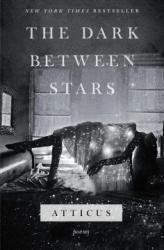 “The Dark Between Stars” is a hearthrobing book of poetry filled with the contrasting stories of the hope and despair that come with the human experience. The author Atticus, transports his readers back to their own memories, feelings, and emotions with his very relatable and beautifully written poetry. On each page I could see a different image or feel a different emotion which I think is the remarkable thing about the book. My favorite poem from the book was “The problem with falling in love is that everything else in life becomes boring by comparison”. I would highly recommend this book to any poetry lover, I have never before been so transported into my own thoughts and feelings while reading before. 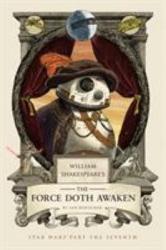 As I’ve been working my way through Ian Doescher’s Shakespearean adaptations of pop culture movies, I think I’ve hit the point where the novelty has worn off. For whatever reason, I didn’t feel like The Force Doth Awaken had the same charm as other entries in this quirky mash-up series. I have a sneaking suspicion that this may be due to one of two factors: 1. The newer movies have more “modern” dialogue that seemed as if it was directly plopped into the Shakespearean format, or 2. The original trilogy had more time to be ingrained in my psyche, and the translation to Shakespearean felt appropriate.

I don’t want to downplay the novelty of this adaptation, though. The voice acting is still superb, and the sound effects add a little something extra that immersed me as I listened to this audiobook. Plus, it’s not like these books are that lengthy anyway. If anything, I’m out a little over an hour of my time to listen to it (since I listen at 2x speed). I did appreciate that Chewie finally received the internal monologue that R2-D2 originally had since these un-translatable individuals still have something to add. I was, however, disappointed that BB-8 didn’t have the same treatment.

One of the other factors with this “translation” that I wasn’t too keen on was the meta aspect that kept winking at the reader and saying, “See? Do you get that reference?” I understand that everything exists in the Star Wars universe, but I think most people who will pick up this book will already know those references anyway and don’t need the coy allusions to other parts of the series. Of course, I’ll still end up listening to the rest of these when I can get them from my library, but The Force Doth Awaken felt like a low point (at least until I get into the prequels).

An almost too modern and meta Shakespearean adaptation, I give The Force Doth Awaken 3.5 stars out of 5.