Artists of the Knight: Sean Hennessy 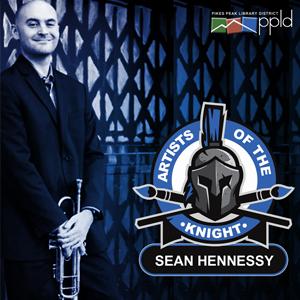 Composer and Trumpeter Sean Schafer Hennessy is one of America's most gifted composer/ instrumentalists. Since winning major competitions since his twelfth year, he remains a brilliant protege of the renowned Wynton Marsalis. Beginning his trumpet studies at age ten, Sean made his concerto debut three years later with the Colorado Symphony. Sean has performed a solo recital at Carnegie Hall, appeared as a guest soloist at the John F. Kennedy Center for the Performing Arts, and moved audiences with his appearance on the Public Radio International's "From the Top".