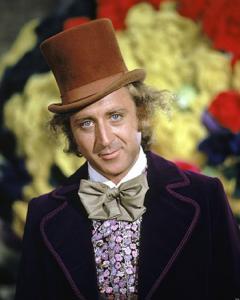 Comedic icon Gene Wilder, star of Willy Wonka and the Chocolate Factory, Young Frankenstein, Blazing Saddles, among many others, has died of complications from Alzheimer's disease. He was 83. Mr. Wilder is probably best remembered as the sweet but subversive title character in Willy Wonka and the Chocolate Factory where he won over countless young hearts, but it was his work with Mel Brooks in Young Frankenstein and The Producers that brought him critical acclaim, garnering two Oscar nominations. Wilder rarely worked after the death of his third wife, Gilda Radner, in 1989, but his legacy endures as the world remembers him as one of the comedic greats.

"Gene Wilder-One of the truly great talents of our time. He blessed every film we did with his magic & he blessed me with his friendship." - Mel Brooks

Click here to search Gene Wilder in the Catalog