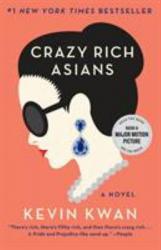 Rachel Chu expects to be met with an average trip when her boyfriend Nick Young invites her to Singapore, but when she arrives she is met with Nick's childhood home that is beyond anything she could ever imagine. She has
unknowingly been dating one of Asia's most eligible bachelors. Rachel is eventually met by the crazy rich of Singapore and is forced to endure their strong criticisms, especially by Nick's judgmental mother Eleanor. Kwan exposes the vast riches and glamorous lives of the crazy rich of Singapore. Though the massive Young, T'sien, and Shang family tree can be confusing at times, it allows every reader to personally connect to at least one character and expresses and variety of personalities within this grand family. The novel will transport you to a world that is all too real. If you have seen and enjoyed the movie, I can guarantee that you will definitely be blown away by the book. The novel expands beyond the movie's humor and highly emotional scenes and drastically improves its impact. 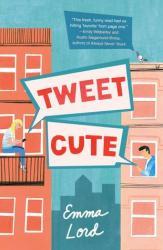 This rom-com style book while can be cheesy at times is over-all heartwarming and charming. Pepper always has something going on, from swim practice to running her Baking account online. When she meets a mystery boy on an anonymous website, they spark a connection; pepper cant wait to find out who this mystery person is. This adorable story, is heartwarming and very sweet. If you like a cute romance story, this book is definitely for you! Grade: 8th 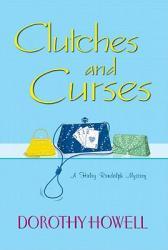 Haley Randolph has been cursed by a customer at her job, and soon after, everything starts going south. This leads her to transfer to her job's newest location in Las Vegas to try and get some relief, only to find the body of her high school nemesis in the store and become the prime suspect in their murder. With two detectives breathing down her neck, a hotel with a shady owner, and the hot handbag of the season in her sight, Haley must put her detective outfit on and find the culprit before she's as dead as Holt's Department Store's fashion line.

Overall, a very well-written novel with great build-up, lovable characters, a truly demented antagonist, and plenty of coffee to keep it going (Best drink on the planet. Fight me!). It's not without its flaws, as the writing is a bit sloppy in the beginning and they made the eventual culprit a bit too sus for it to be too big of a surprise. It also isn't for everyone, especially not guys, with its girly atmosphere and side plots, but it's still a good fashion-themed mystery I highly recommend you check out. 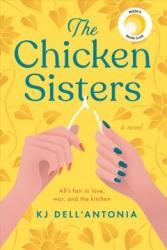 Enjoyable book. I was expecting something more, but it is like one of those comfort movies you watch, knowing as you go into it how it all will end. Parts of it were repetitive and long-winded, the book could have been at least 50 pages shorter. The descriptions of a fried chicken dinner made me super hungry, though! 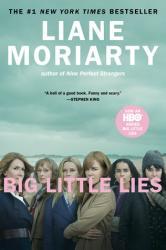 Big Little Lies is about a group of parents who come to know each other when their kids all start kindergarten together and all their drama collides and ends with a death. I loved how this book kept me interested the whole time. Every chapter something new is thrown at the reader. All the characters were very well developed and everything came together very nicely. I would recommend this book to anyone looking for a good book that can keep you interested through the whole book just wanting to get to the end to know what happens. 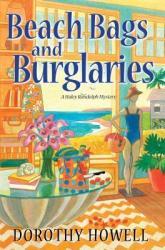 Haley Randolph and her friends have just won a free trip to one of the most high-end resorts in the California area. However, the minute they arrive on shore, things start taking a turn for the worse. One of the resort staff's bodies were found at the bottom of a cliff, and Haley suspects that foul play was afoot. Thus, she winds up plunged into solving yet another murder case, all while looking for her best friend's stolen underwear (I'm not kidding) and the latest and hottest beach bag: the Sea Vixen.

Overall, I think this novel was very well done. The mystery flows as smooth as Mondo Butter, the side plots are entertaining, the characters are great, and the writing itself left me unable to put it down. However, this book is not for everyone, as its girly tone and bag search side plot won't appeal to guys all that well. The mystery can also be a bit hard to follow at times, and it starts out really slow, although it does pick up the pace after the first few chapters. Overall, I recommend this to any girl who likes a good cozy. 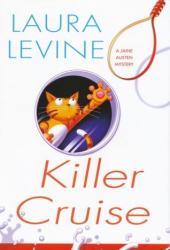 Jaine Austen is looking forward to a relaxing Mexican cruise, but things go south when her cat Prozac hitches a ride in and is caught by one of the staff, who blackmails her into editing and typing a huge and unreadable story in just a few days, as well as denying her any luxury. On top of that, one of her only allies has been accused of murdering her unfaithful boyfriend and is being detained below the deck. Determined to save her friend and clear her name, Jaine dives into her most dangerous case yet, all with a furry castaway locked in her room.

I cannot stress how much I love every part of the Jaine Austen mystery series, and this book is no exception. I felt like everything in this novel is done to perfection, even one detail I'm usually critical of. While it still has the problem of its finale being just like every other entry in the series, this book actually does what I didn't expect: make that unpredictable to the reader. I'm confident in saying that Killer Cruise is the Jaine Austen mystery series at its best. 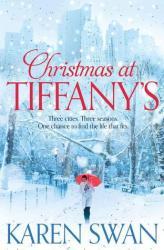 This was better than I expected. Chick lit is my guilty pleasure and this one was better than most. I liked the descriptions of New York, Paris, and London and the story line was sweet. But don't let the title fool you, it doesn't take place just during Christmastime.

Book Review: A Walk to Remember 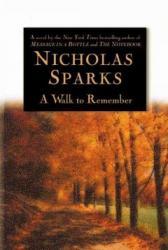 A Walk to Remember is set in 1958, North Carolina, and is about two seniors who fall in love despite their different personalities. Landon, the mayor's son, is fun and carefree, while Jamie, the preacher's daughter, is 'annoyingly' perfect. Jamie is often clowned by her classmates for her rigid lifestyle, feverish devotion to Christ, and her rather drab way of dressing. When Landon finds himself in desperate need of a date to the school dance, he has no option but to ask Jamie to come with him.

Landon and Jamie begin spending time together, and while Landon tries to hide his feelings, he eventually realizes he loves her for her kindness. He tells Jamie about his feelings, but Jamie responds with hesitance, leaving Landon confused.

The ending is a little sad, but it's also cute and romantic. I liked how Landon developed as a character; he was a bit of a jerk at first, but being with Jaime helped him learn compassion and kindness. Jamie and Landon's relationship is a good example of why you shouldn't take things or people for granted. 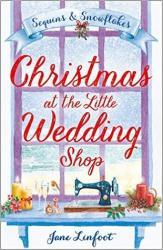 Don't let the titles of Jane Linfoot's books fool you. These are all very well-written, entertaining books with quirky, yet realistic characters you'd like to have for friends and beautiful settings along the coast of England. The books aren't "cute". Christmas at the Little Wedding Shop is a delightful story of a hippy wild child and her uptight sister and a wedding disaster. You'll love it!

I recommend all of Linfoot's books (except maybe the 50 Shades series that her publisher wanted her to write to get in on the Fifty Shades of Gray craze.). Wonderful characters and plots that really could happen.