It Starts with Me! presented by Isaac Newton Farris Jr. 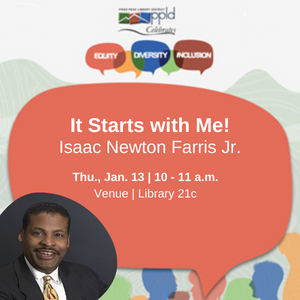 Join PPLD in welcoming Mr. Isaac Newton Farris Jr. as he commemorates Martin Luther King Jr. Day with the topic It Starts with Me!

Isaac Newton Farris Jr., nephew of Dr. Martin Luther King Jr., was born in Atlanta, Georgia and attended his uncle’s alma mater, Morehouse College where he majored in Political Science. Mr. Farris’s background has given him a unique prospective and real life experience on some of the most pressing issues of our times.

Growing up in one of America’s most socially and politically active families has provided him with a front row seat, witnessing how policy is formulated and implemented.

Mr. Farris currently serves as Senior Fellow of the King Center where he not only continues to write, research, and lecture on the life, philosophy, and legacy of Martin Luther King Jr., but also on how Kingian Non-Violence should guide American society as we confront the social, religious, economic, and war issues of America and of the world today. 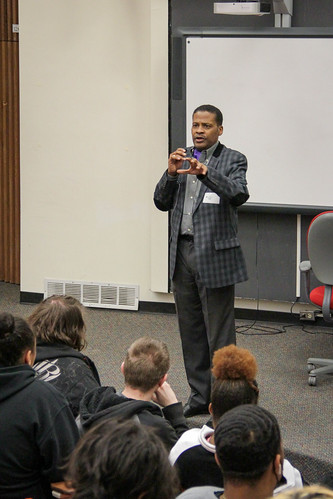