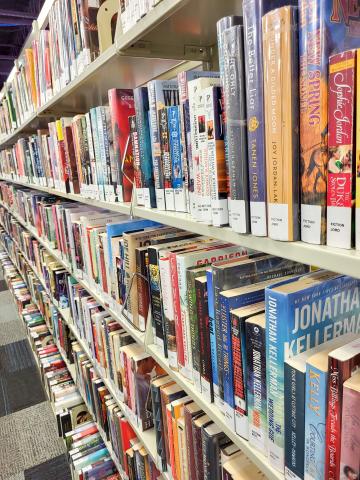 Our community made excellent use of their library cards in 2022. You spent the year getting creative in the makerspaces and studios, using computers, enjoying eLibrary resources, researching, crafting, and opening worlds of possibility. You also spent the year reading thousands of books from the Library’s physical collection. To celebrate your year of reading, we made lists of the top 20 juvenile, teen, and adult books borrowed from our physical collection across Pikes Peak Library District. (These numbers do not account for digital checkouts from our eLibrary resources.)